If Economical Insurance demutualizes and becomes traded on the stock market, it will be looking for other insurers to acquire, CEO Rowan Saunders told Canadian Underwriter Wednesday.

“Part of the rationale” of going through demutualization is to raise money from capital markets to “participate in acquisitions,” Saunders said in an interview. He did not name potential targets, but said any acquisition strategy would support the company’s objective of being a strong player in Canada’s property and casualty insurance market. 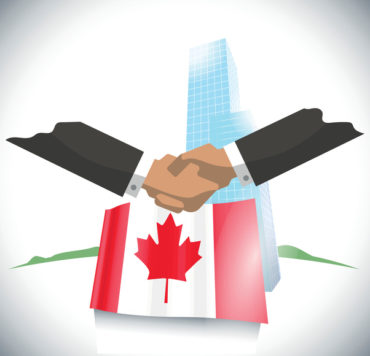 “What is our aspiration as a company?” said Saunders. “It is to be focused on Canada. So it is a Canadian company, operating in Canada. We want to be a leading P&C company and we’re very focused on building a best-in-class operation. That’s what we are trying to do.”

Two court-appointed committees, one representing non-mutual customers and the other representing the mutual customer-owners, recently reached a tentative agreement on allocating benefits, Economical announced in February. That agreement “remains subject to finalizing a formal resolution,” which would be submitted to the federal Officer of the Superintendent of Financial Institutions.

If the demutualization gets approved by courts and regulators, Economical would do an initial public offering of stock.

“The demutualization process is in flight and it is moving well,” Saunders said Wednesday, adding Economical is “on the path to becoming a public company.”

For the first two years it is publicly-traded, Economical would be required to be “widely held,” meaning no single entity could own more than 10% of its shares. After that period, “it would be impossible for any publicly-traded company to not have the exposure” of being taken over by another company, Saunders said.

Economical announced Feb. 26 it will be making some changes, including reducing its work force by about 10% over the next 18 months. This is part of an effort to make Economical Insurance attractive to investors.

Most of the staff reductions will result from underwriting staff becoming redundant as Economical rolls out new information technology, dubbed ‘Vyne,’ designed for the company’s broker-based business. Vyne leverages some of the same technology that Economical uses in its Sonnet direct-to-consumer unit; it is designed to improve workflow for brokers and Economical underwriters.

Vyne will “eliminate duplication and manual effort” on the part of brokers and Economical staff, Saunders noted. These include activities such as asking for and entering certain pieces of data, Saunders noted. “If you access third-party data sources, you can pre-populate that data,” he said.

Part of the benefit of Vyne will be automating “about 99%” of underwriting rules, Saunders suggested.

Economical last month released its financial results for 2017, reporting an underwriting loss last year of $295.7 million (compared to $178.4 million in 2016). Its combined ratio was 113.7% in 2017. “The financial performance of the company needs improvement,” Saunders said.