Economical set to roll out ‘full training’ to brokers on Vyne 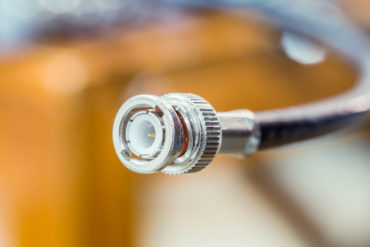 “Soon we will roll be rolling out full training to 22,000 brokers across the country,” Rowan Saunders, CEO of Economical Insurance, said of Vyne on Monday.

Saunders told Canadian Underwriter earlier that with Vyne, the software can now perform functions that underwriters currently have to do manually. “There is definitely less underwriter intervention required, as software and analytics and rating engines are much more sophisticated than they used to be,” he said at the time.

Vyne will “dramatically change the way” brokers do business with Economical, said John Bowey, chair of the board of directors, on Monday during the annual meeting.

Economical officials have spent the past few weeks sharing details about Vyne with brokers, Saunders noted. Economical launched Sonnet in May 2016, offering personal auto, homeowner, condo, tenant and landlord insurance direct to consumers. The company used a brand other than Economical on purpose to sell insurance directly online.

Sonnet is meant to “target a segment of the consumers who are really comfortable making all their financial transactions online,” Karen Gavan, then Economical’s CEO, said during the CEO Panel at the Insurance Brokers Association of Ontario annual convention in October, 2016. “[Sonnet customers] don’t want to talk to anyone, including whether it’s a call centre or a broker’s office,” she said at the time.

That segment of the market “cannot be ignored,” former Economical chair Gerry Hooper said Monday during the annual meeting. “There is a growing segment of the market” that wants to buy direct, added Hooper, who was chair until 2016 and officially retired Monday from the Economical board of directors. “We only need to look at the success of the Amazons. “The development of Sonnet is necessary for our future.”