Economical to take over commercial ridesharing insurance coverage from Intact

Waterloo, Ont.-based Economical announced Tuesday in a press release the “new and significant relationship with Uber in Canada, designed to provide insurance coverage for every Uber Rides and Uber Eats trip in Alberta, Ontario, Quebec and Nova Scotia.”

Obaid Rahman, vice president of commercial underwriting and specialty lines at Economical, said in an interview Thursday that Intact’s ridesharing policy is going to expire Aug. 31. There will be no coverage gaps between commercial and personal auto coverage, he added.

“Effective Aug. 31, 2020, Intact Insurance will no longer be Uber’s provider of commercial automobile insurance,” an Intact spokesperson confirmed to Canadian Underwriter Friday, adding that Intact and Uber have been working together since 2015 to develop a tailor-made ridesharing solution for drivers and passengers. “Intact Insurance and belairdirect will continue to allow customers with a personal auto policy to participate in ridesharing. Uber drivers with questions about their insurance should contact their broker or insurance advisor.” 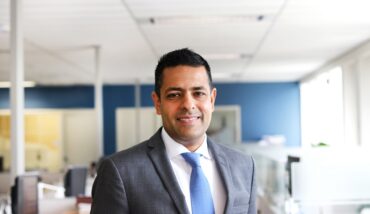 Intact said it was the first insurer to offer extensive coverage for all drivers and passengers using Uber’s ridesharing services in the four provinces. “Intact continues to see opportunities for growth and innovation in the sharing economy and will continue to develop insurance products in order to respond to customer needs.”

In its release, Economical added that “insurance coverage for drivers operating on the Uber platform will continue seamlessly,” while noting that it will have more information about its initiative in the coming weeks.

Rahman said the carrier will not be enhancing anything more than “what is already standard in the marketplace for these operations.”

When asked why Economical decided to take over these policies, he said that mobility is evolving and becoming more digitized. “This was for us a natural evolution…where we could get into digital mobility on the commercial side,” Rahman said. “I would say those trends and the path we’re on as moving toward being the leading digital insurer, it was natural for us to go toward this.”

The coverage will be for ridesharing and delivery of goods service Uber Eats in Alberta, Ontario, Quebec and Nova Scotia (in Nova Scotia, coverage is only for Uber Eats as Uber Rides doesn’t operate in the province). “We would basically be insuring any of those operations as they evolve in the future,” Rahman said, noting that the Uber Eats coverage only covers auto-related perils and not the delivery of goods aspect.

Aon acted as the insurance broker who facilitated the initiative.

Coverage is broken up into phases, or periods. Period 0 is when a vehicle is being used for personal use and there is no coverage on the commercial policy. Even though there is a commercial policy in place for ridesharing and the delivery of goods service, that does not absolve the driver of the responsibility of having a personal auto policy. 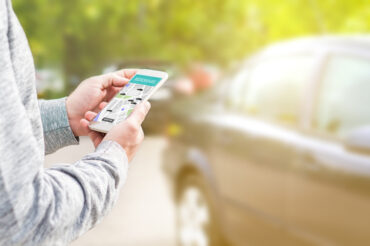 Period 1 is when the driver is available to pick up a passenger or goods and turns on the app to make themselves available on the transportation network. Rahman noted there is a bit of nuance on this coverage between the provinces. In Ontario, Quebec and Nova Scotia, there is coverage under the commercial policy while the driver is in Period 1. Coverage under this phase offers $1 million liability limit, and standard accident benefits and physical damage coverage (although there are some nuances on the physical damage coverage for both Period 1 and future periods).

In Alberta, coverage for Period 1 is contingent: “You first have to be denied by the personal lines insurer,” Rahman said. “If they deny the claim, you can go to this commercial coverage as a back-up.”

Period 2 is when a driver accepts a commercial transaction (a passenger or en route to pick up goods); Period 3 is actually transporting the passenger or goods to the eventual destination. Periods 2 and 3 are interconnected, meaning the limit, deductibles and coverages are identical for these two periods. The liability limit increases to $2 million (except in Quebec, where it remains $1 million), and there are standard accident benefits and physical damage coverage.

“The way the product has been designed in Canada across all jurisdictions, I think they’ve dealt with it pretty well in the sense that there are many personal lines carriers who would have an endorsement for that Period 1, or they just cover it because they consider it personal exposure,” Rahman said. “If that is not the case, there is coverage on the commercial policy. There is no coverage gap and it’s dealt with on both sides of the house.”