The carrier of the year award recognizes the insurer who has made the biggest advances in implementing analytics and artificial intelligence within their business.

The second category of award, the Canadian Insurance Innovator of Year, was given to FRISS (fraud detection and risk assessment solutions) for “stand-out innovation partner of 2018.”

Sponsored by Canadian Underwriter, the awards celebrate companies and technology partners that are implementing new technologies, AI and advanced analytics in Canadian insurance. 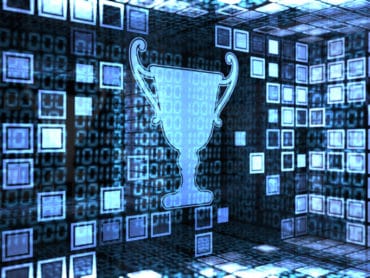 Vyne is designed specifically for Economical’s broker sales force. The technology takes into account the business needs and workflow preferences of brokers, allowing them to meet changing customer expectations. Among other things, the system increases quoting accuracy and includes a revamped suite of personal lines and individually rated commercial auto products.

“Vyne has completely changed the way we do business,” he said. “Of course, launching something to this scale is never easy and we recognize there will be challenges along the way. We are working with our broker partners, both individually and through our Broker Advisory Council, to ensure continuous improvements to the platform.”

In its awards submission, Economical cited a variety of Vyne’s benefits, including:

Vyne was rolled out in New Brunswick, Prince Edward Island, Nova Scotia and Ontario earlier this summer. It will be launched in Alberta and Quebec “in the coming months,” Reikman said.

FRISS technology is designed primarily for use by underwriters and claims investigators; it integrates with an insurer’s policy and claims systems to detect real-time risk and fraud throughout all insurance processes. At the core of the technology is a real-time “FRISS Score,” which shows fraud risk throughout the policy cycle, enabling insurers to make faster decisions on quotations, policies and claims across all private and commercial lines.

FRISS has completed more than 150 implementations of its technology in more than 30 countries, including Canada.

The awards were part of the Insurance Analytics Canada Summit 2018 taking place on Sept. 25-26 at the Westin Prince Hotel in Toronto. Winners were announced Tuesday evening.