Editor’s Note: Underwriting for the next pandemic

The social and economic impact of the novel coronavirus pandemic in 2020 is truly horrifying, saddening, and staggering. Many of us have lost loved ones, or know people who are out of work because of the potentially lethal virus moving invisibly through our environment.

Bearing this in mind, it feels somewhat blasphemous to write about “lessons learned” from COVID-19 in preparation for underwriting the next pandemic. But this industry is all about preparing for improbable disasters and helping people through them. In this spirit, let’s start looking at how insurance policies may respond to the next deadly virus of the future.

The next global pandemic

As it currently stands, at least 6.7 million people worldwide are — or have been — infected with COVID-19, the disease caused by the novel coronavirus. Almost 400,000 are dead and counting.

To prevent the spread of the novel coronavirus, provincial governments have shuttered their economies for a time, sending more than 2 million Canadians into the unemployment lines in April alone. Nearly one-fifth (18.3%) of all businesses laid off 80% or more of their workforce, according to a StatsCan study published at the end of April.

The COVID-19 pandemic, the worst of its kind in a century, has left us all stressed, anxious, and fearful about what’s in store for the future.

But if you talk to virologist William Haseltine, you may wind up thinking we dodged a bullet.

As reported in The Tyee, Haseltine, 76, is a retired Harvard medical professor and a cancer/HIV researcher. Over the course of his career, he has worked on or developed drugs for HIV/AIDS, anthrax, and other ailments. He also had a hand in starting up Human Genome Sciences with Craig Venter in 1992.

Haseltine notes the world was ill-prepared for this pandemic, having ignored the warning signs. To hear him speak, one is left with the impression that we may have been lucky COVID-19 was not more deadly than it was. But that day could soon come, he warns. In the viral world, there are trillions of mutations, and globalization and population growth have created new ecosystems for new colonizing viruses.

“It is only a matter of time before a coronavirus that is far more lethal and contagious than this one emerges to ravage the world’s population,” Haseltine told The Tyee, an independent online news magazine based in Vancouver, B.C. “When that happens, we will no longer be talking about a global death toll in the ‘mere’ hundreds of thousands.”

Haseltine also told the news magazine that the world is overdue for a deadly influenza outbreak capable of killing between 1 billion and 2 billion people globally.

Scary stuff, but something for which the industry can now be better prepared. And it all starts with careful underwriting.

How underwriters can prepare 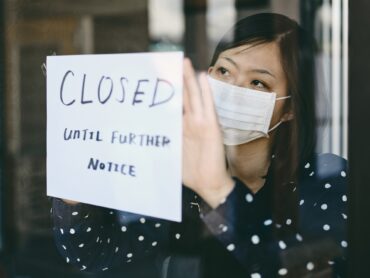 At the moment, insurers globally and in Canada are receiving statements of claim from businesses that believed they were covered for business interruption arising from a pandemic. The insurance industry around the world has argued otherwise, noting that many property policies cover business interruption only if there is a specified physical loss to the business caused by named perils such as fire, flood, earthquake. Not only is a virus not a named peril, insurers will argue before the courts, but it does not actually cause a physical loss to the property.

What the courts make of these arguments is yet to be seen. Whether or not there is a pandemic exclusion for BI coverage in a commercial property policy will turn on the wording of the individual policies.

There is a lot at stake for the industry in these lawsuits. If you just look at the numbers, the federal government has spent $146 billion in emergency measures related to the pandemic, according to the Office of the Parliamentary Budget Officer. That’s approximately three times the total capital that the Canadian P&C industry has available to pay out claims for all insurance policies in the country — home, auto and commercial. And so, if the industry’s pandemic exclusions are not air-tight in court, the financial screws will turn. And the insurance industry is already in a hard-market cycle.

With this in mind, reviewing the wording of its pandemic exclusions might be the best course of action for the industry — before it finds itself in the throes of the next, deadlier pandemic. It may well be, as the industry attests, that current policy language will stand up in court. But what if the future viral pandemic is different than this one, as it probably will be? At that point in the future, do you really want to roll the dice in court that your policies now will cover off the losses wrought by the next — God forbid, worse — global pandemic?

So for future policies, in preparation for a different set of circumstances than now, underwriters might consider whether to make specific references in an insurance policy to “viruses” or “coronaviruses,” or perhaps refer more broadly to “any illnesses deemed to be a public health threat and subject to an emergency order by the public health authorities,” or something of that nature. Or make a pandemic a named peril, like a fire or a flood.

Some may say that not paying out BI claims in a pandemic is an imposition to business clients. But where the coverage was not intended, it was not priced as part of the package. And so to read pandemic coverage into policies where it doesn’t exist would be an existential threat to the industry. And that, as we all know, would be a far worse outcome for consumers.