Ontario’s insurance regulator, the Financial Services Commission of Ontario (FSCO), is still working towards allowing electronic proof of automobile insurance (EPAI) in the country’s most populous province, but a launch date is still to be determined, a FSCO spokesperson told Canadian Underwriter Friday. 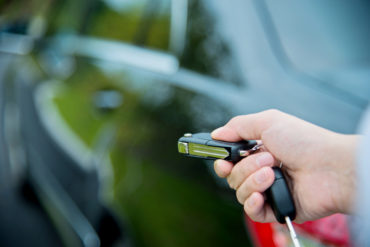 FSCO spokesperson Malon Edwards told Canadian Underwriter that the Ontario regulator is currently working with the Ministry of Finance and stakeholders to allow for the broader use of electronic pink cards, but no timetable has been established.

“Drivers would benefit from the option of using electronic proof of insurance as it would allow them to confirm their proof of insurance through their mobile device, instead of the current paper pink cards issued by insurance companies,” Edwards said.

Canadian Underwriter asked FSCO for an update on the status of EPAI in Ontario, following news that Nova Scotia would be the first province in Canada to permit EPAI. Nova Scotia’s Superintendent of Insurance released a bulletin earlier this month outlining the guiding principles permitting the use of EPAI for brokers and insurers, including those related to privacy legislation and security protocols.

Working with industry and regulatory partners, FSCO provided “limited approval” of EPAI for insured ridesharing vehicles in 2016, Edwards noted. Following consultations held by the Canadian Council of Insurance Regulators and recommendations from industry stakeholders, FSCO and other regulators decided to broaden the use of EPAI to drivers.

Nova Scotia’s Deputy Superintendent of Insurance, Jennifer Calder, said on Thursday that EPAI is expected to mirror what’s in the pink cards right now. “This is basically enabling legislation, which is based on consent for both parties,” she said. “So, if an insurer wishes to offer it and an insured chooses to accept that option, they can do so. There’s no requirement on any party.”

Gina McFetridge, president of the Insurance Brokers Association of Nova Scotia, said that brokers are “excited about the flexibility and choice now available to Nova Scotians in terms of how they provide proof of insurance. This announcement is very new and we’ve yet to receive any negative feedback on EPAI at the broker association.”

The provincial approach safeguards citizens’ rights to continue receiving a physical pink card, while providing the option to use an electronic format if desired. “The guidelines also outline the need to protect the privacy of citizens, which is critical from everyone’s point of view,” McFetridge said.