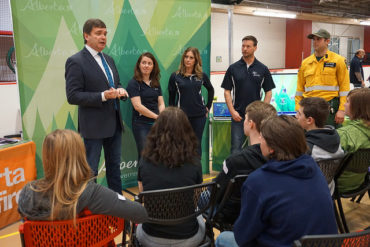 The enhancements to the Forest and Prairie Protection Act regulations took effect on March 31, Alberta Agriculture and Forestry noted in a press release issued last week. The enhancements include: new penalties for infractions such as leaving a campfire unattended or burning without a permit; restrictions on the use of fireworks or exploding targets in the Forest Protection Area of Alberta without written permission from a forest officer; and improvements to flammable debris disposal and other industry-based requirements.

Corporations may also face penalties of up to $10,000 per offence per day for less severe industrial-based violations of the act and regulations, the ministry explained in the release.

Effective May 1, officers will be authorized to issue tickets for contraventions, such as leaving a campfire unattended. Depending on the infraction, individual fines for specific violations could result in tickets ranging from between $172 (burn without a permit) and $575 (operate an off-highway vehicle where it is prohibited by a fire ban or forest closure).

Activities that interfere with the fighting of a wildfire, such as the unauthorized use of drones near a wildfire, are considered more severe offences and will result in an automatic court appearance, the ministry said.

In 2016, Alberta wildfire crews fought more than 1,300 fires that consumed more than 600,000 hectares. About 70% of wildfires over the last five years have been linked to human activity, according to the agriculture and forestry ministry.