Equipment failure, cyberattacks and natural disasters top operational risks in the U.S. over the past five years: FM Global

Equipment failure, cyberattacks and natural disasters have negatively affected operations at companies based in the United States over the past five years, according to a new FM Global-commissioned study on operational risks. 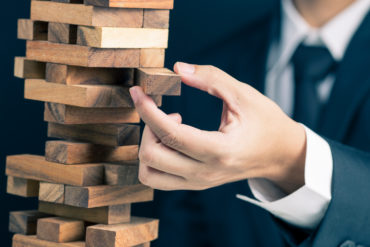 The study, titled Finance’s Role in Operational Risk Management: CFO Research on Building a Resilient Company and released on Wednesday, was commissioned by FM Global, one of the world’s largest business property insurers and conducted by CFO Research Services. The research is based on responses received during late 2016 from 100 chief financial officers or senior most financial executives at U.S.-based companies, the majority of whom are from Fortune 1000 organizations across a wide variety of industries, FM Global said in a press release.

“It’s surprising the number of companies that have been harmed by operational risk events, coupled with the relatively low number of companies that feel they are very well prepared for a disruption event,” said Eric Jones, operations vice president and global manager of business risk consulting with FM Global, in the release. “The findings reveal the opportunity for financial executives to implement stronger plans with increased data, to help move resilience forward within their organizations.” 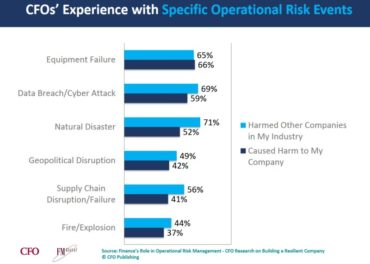 “The role of the CFO is being increasingly challenged by serious risk events, which drive volatility and will make it more difficult for them to meet revenues and earnings if these risks are not properly managed,” said Jones. “The pathway to a successful risk management program must include an effective loss prevention program, combined with resilience planning in order to deal with constantly evolving technological, political and environmental risks.”

More News
Related
Cyber incidents in mining a complex topic for risk managers, mining product development has not kept pace with needs: Munich Re
Total economic losses from nat, man-made disasters in 2016 at least US$158 billion: Swiss Re sigma estimate
Small firms wanting cyber coverage should “hold an inventory” of personally identifiable information: Chubb
Cyber line expected to be one of the leading P&C growth areas in the U.S. over the next few years: A.M. Best