A.M. Best has increased its estimate for losses that property and casualty insurers in the United States can ultimately expect from third-party liability asbestos claims to US$100 billion. 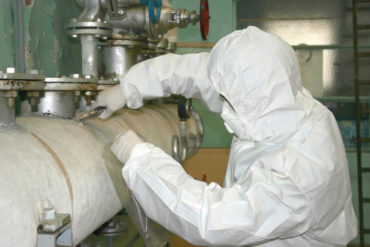 The new figure – included in a new report issued Monday – represents an 18% increase over the former estimate, A.M. Best reports in a statement.

“The US$15 billion increase to the net ultimate asbestos loss estimate comes as insurers are incurring approximately US$2.1 billion in new losses each year while paying out nearly US$2.5 billion on existing claims,” the statement notes.

The ratings agency has not altered its US$42 billion estimate on net ultimate environmental losses, the report notes. That being the case, A.M. Best’s view of ultimate industry losses for asbestos and environmental (A&E) is now US$142 billion.

Industry funding of the US$142 billion has reached approximately US$124 billion, broken out by US$98.1 billion in cumulative paid-to-date losses and US$26.3 billion in reserves set aside for future payments, the statement notes.

“However, it is extremely difficult to quantify the industry’s ultimate loss exposure, given the evolving nature of asbestos litigation, tort reform and the growing incidence of lung cancer being linked to asbestos exposure,” the statement notes.

The report explains that consistent with historical trends, the industry has continued to pay out more losses than it has incurred (funded) since 2006.