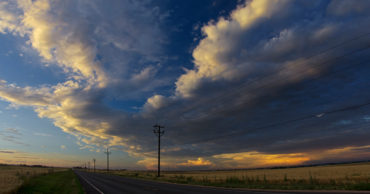 The damage estimate released by Insurance Bureau of Canada (IBC), based on figures from Catastrophe Indices and Quantification Inc. (CatIQ), relates to a low-pressure system July 18-20 that brought severe weather to southern regions of Alberta, Saskatchewan and Manitoba.

“The storm also saw winds of up to 107 km/h in the City of Winnipeg. Outlying areas west of Winnipeg reported winds upwards of 122 km/h,” IBC adds.

Most damage was reported in Alberta, with damage to homes and autos, largely due to hail, resulting in almost $52 million in claims.

IBC notes the storm was certainly not the first to wreak havoc on the Prairies during the summer of 2016. It follows about a week after another system hit Alberta and Saskatchewan.

In late August, IBC released an estimate that the severe storm in southern Alberta and Saskatchewan on July 15-16 prompted a CatIQ insured insured damage estimate of almost $65 million.

That storm caused heavy rainfall, large hail and localized flash flooding in parts of southern Alberta and southern Saskatchewan. For example, it dumped 60-plus mm of rain on Swift Current, Sask. in less than one hour.

Yet another storm, this one on July 8-11, affected Alberta, Saskatchewan and Manitoba, resulting in more than $48 million in insured damage.

IBC reports it brought to the provinces severe thunderstorms, strong winds, hail, lightning and funnel clouds, although most property damage was reported in Saskatchewan.

“As the traditional storm season begins to wind down, Canadians should take this opportunity to review their insurance policies, make sure they’re adequately covered, and implement a plan for when bad weather strikes,” suggests Bill Adams, IBC’s vice president, Western and Pacific.