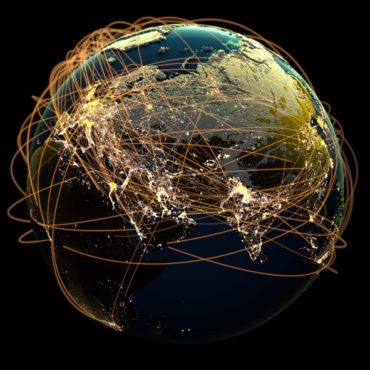 The expectation is 2017 “will include an increased breadth and depth of attacks, with malicious threat actors differentiating their tactics to capitalize on the changing technology landscape,” Trend Micro, a cyber security solution provider, notes in releasing The Next Tier – 8 Security Predictions for 2017.

“People waking up to the threat landscape of 2017 will say it is both familiar and unchartered terrain,” the report points out.

“After all, while our predictions for 2016 have become reality, they only opened doors for more seasoned attackers to explore an even broader attack surface,” it adds.

Noting that cyber criminals continue to evolve with the changing technology landscape, “while new ransomware saw an exponential increase in 2016, that growth is no longer sustainable, so attackers will find new ways to use existing malware families,” cautions Ed Cabrera, chief cyber security officer for Trend Micro.

The company predicts a 25% growth in the number of new ransomware families in 2017, translating to an average of 15 new families discovered each month. “Although the tipping point has passed in 2016, a period of stabilization will push competing cyber criminals to diversify, hitting more potential victims, platforms and bigger targets,” the report predicts.

“Mobile ransomware will likely follow the same trajectory as desktop ransomware given how the mobile user base is now a viable, untapped target,” it suggests.

Related: Cyber criminals using DDoS as “smokescreen” for other attacks on businesses: Kaspersky

Highlights from the 2017 annual predictions report include the following:

BEC and business process compromise (BPC) “will continue to grow as a cost-effective and relatively simple form of corporate extortion,” Trend Micro reports, adding a BEC attack might yield US$140,000 by luring an innocent employee to transfer money to a criminal’s account.

“Alternatively, hacking directly into a financial transaction system, while requiring more work, will result in far greater financial windfalls for criminals – as much as US$81 million,” the company adds.

The report notes that the total estimated loss from BEC in two years is US$3 billion. In comparison, the average payout for a ransomware attack is US$722 (currently 1 Bitcoin), which could reach up to US$70K if an enterprise network is hit.

“BEC is especially hard to detect because these emails do not contain malicious payloads or binaries, but enterprises should be able to block these threats at the source using Web and email gateway solutions,” the report advises.

However, “defending against BEC scams will remain difficult if victims continue to willingly hand over money to cyber criminals,” Trend Micro emphasizes.

“Companies must implement stringent policies for normal and out-of-the-ordinary transactions, which include layers of verification and thresholds for large sums requiring more validation, before executing transfers,” the report contends. 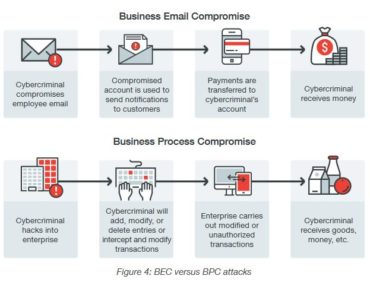 The company also sees impact from the General Data Protection Regulation, a regulation by which the European Parliament, the Council and the European Commission intend to strengthen and unify data protection for individuals within the European Union.

Mobile devices are used increasingly to monitor control systems in manufacturing and industrial environments. IoT and IIoT attacks, for their part, “will capitalize upon the growing acceptance of connected devices by exploiting vulnerabilities and unsecured systems to disrupt business processes.”

Together with the significant increase in the number of supervisory control and data acquisition (SCADA) system vulnerabilities, “the migration to IIoT will introduce unprecedented dangers and risks to organizations and affected consumers in 2017,” states the report.

However, “these dangers can be proactively addressed by vendors who sell smart devices and equipment by implementing security-focused development cycles,” it adds.

“It is now clearer to enterprises that suffering a ransomware attack has become a realistic possibility and a costly business disruption,” the report notes.

“Ransomware (against industrial environments) and IIoT attacks will cause bigger damage as threat actors can get more money in exchange for getting a production floor back online, for instance, or switching facility temperatures back to safer ranges,” it points out.

“Unknown threats can either be new variants of known, existing threats or completely unknown threats that have yet to be discovered,” the report states. “Security solutions that use machine learning can be used to protect against the former, while sandboxing will be able to manage the latter,” it suggests.

That said, instead of sticking to one security strategy, Trend Micro advises that cross-generational, multi-layered technology “will be extremely important in battling these kinds of campaigns.”