With the United States National Flood Insurance Program scheduled to expire in September, 2017 and the House of Representatives unanimously approving a bill intended to give consumers more choice in buying flood insurance, the market for flood coverage “may end up looking very different,” Standard & Poor’s Financial Services LLC suggested in a report released Monday. 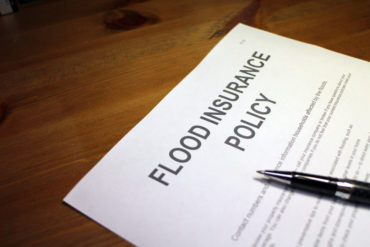 “As the NFIP is set to expire Sept. 30, 2017, there has been interest from policymakers and private insurers alike in the future form of flood insurance,” stated New York City-based S&P, part of McGraw Hill Financial Inc., in the report, titled Privatizing U.S. Flood Insurance: A Trickle-Down Effect, Or Opening Floodgates? “Taking clues from ongoing reforms, we believe the future flood insurance market may end up looking very different from the current one.”

NFIP was introduced in 1968 to enable residential and commercial owners and tenants to get flood coverage. In some cases, premiums are subsidized.

But NFIP is “now indebted to the U.S. Treasury to the tune of $23 billion, most of which it borrowed after Hurricane Katrina” S&P stated in the report. “That 2005 disaster alone cost the NFIP $16.3 billion.”

The Biggert-Waters Flood Insurance Reform Act – signed into law in 2012 – “reauthorized the NFIP through Sept. 30, 2017, and made a number of reforms aimed at making the program more financially and structurally sound,” the U.S. National Association of Insurance Commissioners states on its website. One purpose of the law was to “raise rates to reflect true flood risk.”

However, some provisions of the law were repealed in 2014, with the passage of the Homeowner Flood Insurance Affordability Act. That bill “institutes caps so the jump from prior rates and market rates is a slow, gradual one,” stated Tom Marino, a Republican representing the 10th district of Pennsylvania, in a release in March of 2014. At the time, Marino reported that one homeowner in Muncy – in the Susquehanna River valley – reported his flood insurance premiums were going to rise from $1,000 a year to more than $9,000. Marino’s congressional district includes areas that were flooded in 1972 by Tropical Storm Agnes. Accuweather reports that after that storm, the Susquehanna crested at 40.9 feet.

NFIP “was set up to be self-funded and to repay its borrowing with interest,” S&P stated in its report June 13, 2016. “But that’s exceedingly difficult given that it doesn’t charge actuarial rates and therefore relies on the Treasury as a backstop.”

On April 28, 2016, the House of Representatives passed the Flood Insurance Market Parity and Modernization Act, which has yet to be tabled in the Senate. That legislation is “aimed at encouraging private market participation in assuming flood risk,” S&P said in its report.

“Excess-and-surplus insurers may be the first ones to enter the market because they can work with flexible terms, conditions, and prices,” S&P stated. “As reinsurers assume an increased role, we may incorporate this appetite into our ERM assessment of their underwriting competencies, earnings and capital volatility, and ability to control this risk. Reinsurers may be willing to provide reinsurance to the NFIP program with well-defined limits and actuarial terms.”

But reforms currently in the works “won’t open the floodgates for private flood insurance,” S&P wrote. “There may be a gradual increase in capacity and not a huge instantaneous spike in demand. We expect insurers to partner with reinsurers in underwriting and risk mitigation.”

If passed into law with no amendments, the Flood Insurance Market Parity and Modernization Act would “remove the unnecessary regulatory barriers and require Federal agencies to accept private flood insurance that complies with the laws and regulations of the State of an insured property,” added Ross, who tabled the bill in June, 2015. Ross represents the 15th District of Florida, east of Tampa.

Also speaking in favour of the bill was Democratic Congressman Michael Capuano, who represents the 7th District of Massachusetts, which encompasses part of Boston and the surrounding area.

“This bill says we all agree that there is more role for private insurance and we should remove any barriers that might be there so that people can be better served and have better competition,” Capuano told the House April 26. “I think this bill does a pretty good job doing that. I don’t think private insurance is ever going to – I am not sure that is possible, but it is a different debate – take the place of national flood insurance.”

The bill was the subject of a hearing Jan. 13 before the House Financial Services Subcommittee on Housing and Insurance.

“Consumers whose flood risk do not fit within the terms and limits of the NFIP or whose risks are declined by the standard market, will look to our market – surplus lines – for the solution,” said Brady Kelly, executive director of the National Association of Professional Surplus Lines Offices, during the hearing. “Homeowners may want replacement coverage rather than actual cash value for their property.”

Kelly added at the time that some policyholders may want additional living expenses or business interruption coverage.

One witness at the hearing – Birny Birnbaum, executive director of the Center for Economic Justice – warned that if the bill is passed into law, surplus lines carriers “would cherry pick” certain property policies.

Under NFIP, there are 30 different levels of risk, Birnbaum said, suggesting that if surplus lines insurers started writing some of those risks, the NFIP “would be stuck with the worst and most risky claims but no more revenue.”