If Hurricane Andrew were to occur today, 25 years after its original landfall, the expected total industry insured losses (based on today’s exposures) would be approximately US$56 billion in the United States, catastrophe risk modelling firm AIR Worldwide reported on Monday. 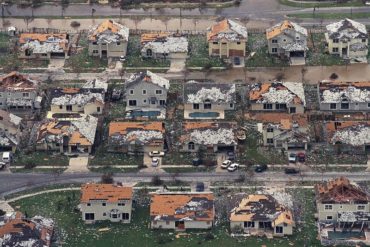 Of that US$56 billion estimate, nearly 95% of the losses would come from properties in Florida, said a press release from AIR Worldwide, a Verisk Analytics business. But if a similar Category 5 Andrew-like hurricane were to strike just south of Miami and just eight miles north of Andrew’s landfall in the city of Homestead, AIR estimated that total insured losses would exceed US$138 billion, with losses in Florida exceeding US$127 billion.

“Category 5 Hurricane Andrew tore into South Florida on August 24, 1992, 17 years after the previous landfall of a major hurricane in that state,” said Dr. Peter Sousounis, assistant vice president and director of meteorology at AIR Worldwide, in the release. “Andrew killed dozens and caused an estimated US$15.5 billion in total insured losses, according to Property Claim Services (PCS), and resulted in the insolvency of 11 insurance companies. The costliest natural disaster in U.S. history at the time, Andrew changed forever how (re)insurers approach hurricane risk management, spurring the growth of the emerging catastrophe modeling industry and ultimately prompting the development of insurance-linked securities.”

AIR Worldwide also suggested that if a major hurricane were to strike Miami, making landfall between Palmetto Bay and Pinecrest, it would prompt immediate activity in the marketplace for ILS. For this Andrew-like Category 5 hurricane striking Miami, AIR estimated that 25 catastrophe bonds would be triggered, 47 tranches would take losses, 38 tranches would be completely exhausted and there would be a $US6.3 billion loss to the catastrophe bond market principal.

AIR’s estimate came less than two weeks after Swiss Re estimated that a modern-day Hurricane Andrew would cost an estimated US$80-100 billion in economic damage, up dramatically from the US$26.5 billion cost in 1992 dollars.

Swiss Re said in a report on Aug. 9 that the hurricane in August 1992 destroyed more than 25,000 homes and damaged an additional 100,000, with roughly 60% of the economic damage (US$15.5 billion) borne by the insurance industry. If Hurricane Andrew were to “barrel through South Florida in 2017, taking an identical track and at the same intensity” the insured losses alone would increase to between US$50-60 billion, due to a combination of increased development and asset values, the report suggested.