Some operators of Canadian oil and gas upgraders and refiners are delaying scheduled maintenance due to budget cuts and there is a heightened risk of equipment failure, especially with valves and pumps, Ernst & Young LLP suggested in a recent report. 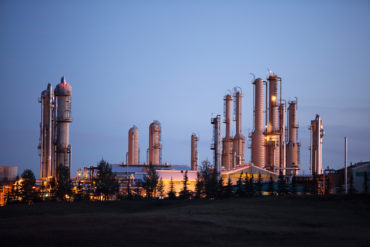 EY conducted a market study of the Canadian downstream energy sector, asking questions of respondents at seven upgraders and 18 refineries.

Respondents were asked whether asset failures common and whether the effects are greater than expected, EY said in its report, Evolving asset challenges and opportunities in Canada’s oil and gas downstream sector, released Aug. 24.

Among other things, EY also asked respondents whether critical components are known and managed through a preventive maintenance program and whether facility shutdowns, turnarounds and startups exceed budget or schedule.

“As assets continue to age, turbines and compressors are rarely replaced, as the preference is to overhaul,” EY reported. “Therefore, most equipment is original since installation.”

When asked to indicate “primary drivers of critical equipment servicing,” more than two thirds (71%) of respondents said this was done during regular maintenance intervals, 29% said it was done when equipment breaks down and 29% said it is done when defects have been identified through scheduled inspections.

Respondents said that “pressure to reduce maintenance budget has resulted in an increasing number of deferred maintenance activities” and there is an “increasing reliance on data-driven decision making,” EY said in the report.

EY concluded that there is “much more information and monitoring” available for compressors and turbines than for pumps and valves and that “undetected issues are more likely” with valves and pumps, which in turn are “more likely to lead to failures.”

EY also conclude that “better operational decisions can be made when there is both a higher quantity and quality of data.”

Downstream energy operators “are using data and analytics to operate critical equipment for longer and at times, longer than OEM specification,” EY stated. “When equipment is operating for longer, the additional wear increases the demand for parts and resources, and the amount of potential time for minor defects worsens.”

EY advises operators to employ or retain a consistent workforce.

“People have a significant impact on the success of planned turnarounds,” EY said in a release. “Nearly one-third (29%) of respondents cite lack of manpower and expertise as a reason for turnaround budget and schedule overruns.”