Facing a perfect storm of events, insurers brace for a ‘turbulent future’

With natural catastrophes starting to hit, the economy in rough shape, and the courts poised to weigh in on potential business interruption exposures, insurance companies are buckling in for a rough ride ahead, a recent report warns.

Natural catastrophe (NatCat) claims can be enough of a financial hit on their own, but when combined with a market buffeted by business closures due to the coronavirus pandemic, as well as potential payouts related to pandemic business interruption claims, well….

Data and analytics company GlobalData is throwing up a warning flag to the industry. “The insurance industry is braced for a turbulent future,” said Daniel Pearce, GlobalData’s senior insurance analyst. “The unexpected losses associated with COVID-19 will place some providers under increasing financial strain.”

On the NatCat front, the hurricane season, which typically starts in June, is now upon us and usually peaks between mid-August and October. In May, one risk modeling firm cited data during its virtual conference that showed a possibly elevated level of hurricane activity for this year.

Canadian scientists, meanwhile, are predicting an above-average wildfire season in Western Canada as well. In June, the most expensive hail storm in Canadian history — and the fourth-largest Cat ever in the country — hit Calgary, creating $1.2 billion in insured damages and 70,000 claims thus far.

The financial impact of this worst-case scenario on the insurance industry will be more pronounced than usual because financial markets are down and bottom lines are facing increased scrutiny. 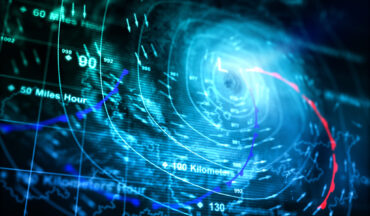 “Insurers’ exposure to financial markets through the investments they hold has been negatively impacted, as financial markets globally have fallen to unprecedented levels,” Pearce explained. “Combining this with record-low interest rates, which have been set to provide some relief to economies anticipating recession, means the pressure on insurers’ balance sheets has increased dramatically.”

Furthermore, financial market volatility won’t be the only economic impact on insurers. There could also be a reduction in demand for commercial insurance as the economy settles into a recession and businesses try to recoup sales lost after being forced to close or limit operations — or worse, businesses shut down entirely.

The impact this might have on the insurance industry will depend on how long it takes to get the spread of the COVID-19 pandemic under control. Despite many regions of Canada re-opening, there are concerns about a second wave of the novel coronovirus in the fall, as the cold weather pushes people back inside and turns outdoor gatherings into indoor ones.

Take Alberta, for example. After re-opening much of the economy in June, the province saw a steady increase for a week before seeing a significant jump last weekend — nearly 370 new cases. That makes Calgary the country’s latest new hot spot.

If cases can get under control and the lifting of restrictions can continue, then businesses can recover faster and, in turn, ease the road ahead for insurers.

“The combination of natural catastrophes, volatility in financial markets and economic recession will put the insurance industry under considerable strain,” Pearce said. “However, the full impact will not be known until later in 2020 — once the majority of natural catastrophes pass and the severity of the economic implications become clearer.”