In its annual report for 2016, released in April, Fairfax reported that on March 31, 2016, Fairfax increased its ownership interest in ICICI Lombard to 34.6%. At the time Fairfax acquired 9% of ICICI Lombard from ICICI Bank for US$234.1 million.

Then on May 27, 2017, Fairfax announced it agreed to sell 12.18% of the fully diluted shares of ICICI Lombard to three different entities. The “proposed transaction” values ICICI Lombard at about US$3.1 billion, Fairfax said in a press release. 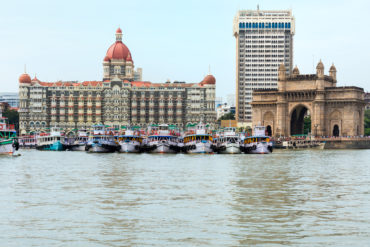 It is subject to government and regulatory approval and expected to close during the third quarter of 2017.

“Upon completion of the transaction, the share ownership in ICICI Lombard of ICICI Bank Limited and Fairfax will be approximately 63% and 22%, respectively,” Fairfax added.

On Dec. 18, 2016, Fairfax announced a merger agreement with Allied World Assurance Company Holdings AG. Zug, Switzerland-based Allied World has a Toronto branch office from which it writes primary commercial insurance in Canada, including privacy breach, directors and officers, representations and warranty and energy risks. That transaction is valued at nearly US$5 billion.

Fairfax has the option to fund part of the cash portion of the Allied World deal by issuing debt or equity or by bringing in partners. One such partner is Ontario Municipal Employees Retirement System (OMERS), which plans to contribute $1 billion and take a 21% ownership stake in Allied World.