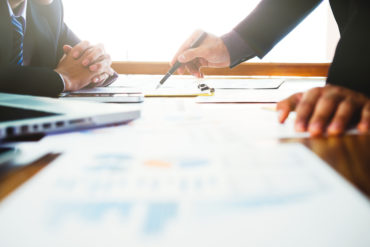 “All conditions” to Fairfax’s offer to acquire Allied World “have been satisfied,” the companies stated in a press release July 6.

Zug, Switzerland-based Allied World – founded in 2001 in Bermuda – has a Toronto office. The company’s North American insurance arm – which has a total of 12 offices in Canada, the U.S. and Bermuda – covers special liability risks, including professional, environmental and directors and officers, among others.

Scott Carmilani, president, chief executive officer and chairman of Allied World, will remain in his current position, said Prem Watsa, founder, chairman and CEO of Fairfax, said during a conference call in December.

“We really do believe in a decentralized operation,” Watsa at the time. “Scott is 52 and we are hoping he is there for the next 20 years.”

Shortly after that call, A.M. Best Company Inc. said in a release that the acquisition of Allied World “is the largest by Fairfax to date.”

Two years ago, Fairfax acquired a majority interest in London-based Brit PLC and this past February Fairfax announced it agreed to buy Tower Limited, an Auckland-based carrier the writes insurance in New Zealand, the Cook Islands, Fiji, Papua New Guinea, Samoa and Vanuatu.

In addition to its North American insurance arm, Allied World also has a global insurance arm, which provides insurance in the Lloyd’s market. Allied World also writes reinsurance on both a treaty and a facultative basis and targets “several niche markets, including professional liability lines, specialty casualty, property for U.S. regional insurers, accident and health, marine, aerospace and crop risks,” Allied World said in February in its annual report for 2016. Its reinsurance customers “range from single state to nationwide insurers located in the United States as well as specialty carriers or the specialty divisions of standard lines carriers,” Allied World said. “For our non-U.S. reinsurance business, our clients include multi-national insurers, single territory insurers, niche carriers and Lloyd’s syndicates.”

“We don’t expect that there will be any problematic overlap” in reinsurance, said Andy Barnard, president and chief operating officer of the Fairfax Insurance Group, during a conference call in December, 2016. “Of course we are talking about very large companies now, and it stands to reason that on the margins there may be some, but the benefits of joining forces with Allied world far outweigh any of those issues on the margins.”

Shareholders of Allied World – which is traded on the New York Stock Exchange – will get a combination of Fairfax stock and cash.  In order to raise cash for the deal, Fairfax brought in partners including Alberta Investment Management Corporation and Ontario Municipal Employees Retirement System (OMERS).

Allied World has “good diversification” within its portfolio, between insurance and reinsurance, geographically and by product line, Sharon Ludlow, head of insurance investments strategy at OMERS, told Canadian Underwriter earlier.

Fairfax is contributing about $1 billion towards the acquisition and will end up owning 21% of Allied World.

Outside of insurance, Fairfax has investments in retailers such as Golf Town, Sporting Life and William Ashley China. It owns The Keg chain of steak restaurants and a slight majority of Cara Operations, whose restaurant brands include Harvey’s, Swiss Chalet, Milestone’s, Kelsey’s and East Side Mario’s, among others.

“On the [primary] insurance side we really see a rather different profile of business” in Allied World than in Fairfax, Barnard said during a conference call in December.

“Crum and Forster is very much a specialty company,” Barnard said at the time. “Northbridge is a middle market industry focused commercial writer in Canada, one of the largest players in the Canadian commercial market.”