The proposed acquisition of Zurich Insurance Company South Africa Limited (ZICSA) “represents an expansion of Fairfax’s commercial insurance presence in Africa and follows its purchase of a 7.15% stake in Africa Re in 2015,” Fairfax stated July 6 in a release.

On June 27, Fairfax announced its Asian subsidiary agreed to acquire 80% of Indonesian insurer in PT Asuransi Multi Artha Guna Tbk (AMAG). That agreement is subject to conditions, including regulatory approval. 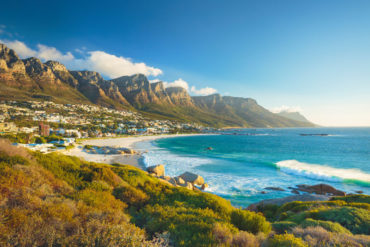 In addition to its operations in South Africa and Botswana, ZICSA has “strategic investments in Swaziland and Mauritius,” Fairfax said July 6.

ZICSA “is a high-quality and well-known regional business, with an outstanding management team led by Edwyn O’Neill,” stated Prem Watsa, he chairman and chief executive officer of Fairfax, who has led the firm since 1985. “Africa is a continent that represents a long-term growth opportunity for Fairfax, but where we have traditionally done little primary commercial insurance business. This acquisition represents a key step in expanding our presence in this important market.”

On June 27, Watsa had stated that AMAG “has an excellent long-term track record in the Indonesian general insurance sector, a well-diversified sales channel with Panin Bank and this is a great opportunity for us to continue to expand our operations in the region.”

Previous acquisitions outside of Canada include QBE’s operations in Ukraine, the Czech Republic, Hungary and Slovakia, which Fairfax announced it agreed to acquire in 2015. Also in 2015, Fairfax’s Pacific Insurance subsidiary completed the acquisition of the general insurance business of Malaysia-based MCIS Insurance Berhad.

Watsa controls The Sixty Two Investment Company Ltd. Sixty Two, as of 2015, owned 42% of votes attached to all classes of Fairfax Financial shares. Prem Watsa’s son, Benjamin Watsa – a partner and portfolio manager at Lissom Investment Management Inc. – was elected to the Fairfax board in 2015.

Fairfax also has holdings outside of the insurance industry, including retailers William Ashley China, Kitchen Stuff and Sporting Life. Other holdings include The Keg restaurant chain plus a majority voting interest in Cara Operations Ltd., owner of restaurants such as Swiss Chalet, Harvey’s, Milestones, Montana’s, Kelsey’s and East Side Mario’s.