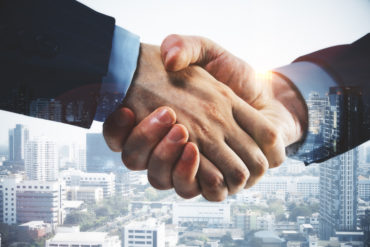 In 2015, Fairfax acquired 97% of ordinary shares of Brit PLC, which operates in the Lloyd’s market. The same year, Fairfax sold 29.9% of Brit to the Ontario Municipal Employees Retirement System (OMERS).

On July 6, 2017, Fairfax closed the acquisition of the majority of Allied World. The agreement was valued at nearly US$5 billion when it was announced in December, 2016.

Based in Zug, Switzerland, Allied World was founded in 2001 in Bermuda and has a Toronto office. Allied World’s coverages include special liability risks, including professional, environmental and directors and officers, among others.

“Fairfax will ultimately own approximately 67% of Allied World,” Watsa said Aug. 3 on a conference call with financial analysts. Watsa – who is also Fairfax’s chief executive officer – added that partners who contributed to the deal will own the other 33%. Those partners – including OMERS and Alberta Investment Management Corporation (AIMCo) – invested US$1.6 billion.

Fairfax is “not oriented towards … buying more companies,” said Watsa, who founded Fairfax in 1985. “We want to digest the companies we have acquired and we want to look at how we can organically expand our business because there are a lot of revenue possibilities for us.”

Together with its co-investors, Fairfax now owns 94.6% of outstanding shares of Allied World. The other 5.4% of Allied World shares are “expected to be acquired in the third quarter of 2017,” Watsa added.

We are in a transition phase right now because we just acquired Allied World and have sold, in early July, 12% of ICICI Lombard,” Watsa said, referring to ICICI Lombard General Insurance Company Ltd., a Mumbai-based joint venture between ICICI Bank and Fairfax.

Fairfax used to own about a third of ICICI Lombard. A deal announced in May reduced its holdings to 22% and then it announced last month the sale of an additional 12%, leaving Fairfax owning about 10% of ICICI Lombard, Watsa noted.

Watsa made his remarks in reply to questions over Fairfax’s financial results for the three months and six months ending June 30.

The improvement in the combined ratio was “primarily due to lower cat losses” in Q2 2017 versus Q2 2016, Fairfax chief financial officer Dave Barnham said on the conference call Aug. 3.

Some Fairfax insurance companies had significant losses in Q2 2016 due to the wildfire that resulted in the evacuation of Fort McMurray, Alta. That event cost the industry roughly $4 billion.