Fairfax reports 2016 combined ratio for insurance and reinsurance operations of 92.5%

Toronto-based Fairfax Financial Holdings has released its most recent financial results for the fourth quarter and full-year 2016 ending Dec. 31, reporting a combined ratio for its insurance and reinsurance operations of 92.5% on a consolidated basis. 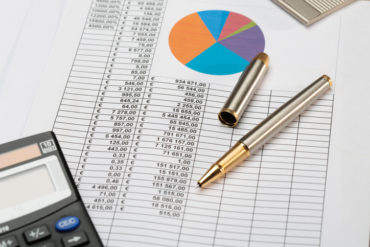 “Our insurance companies continued to have excellent underwriting performance in the fourth quarter and full year of 2016 with consolidated combined ratios of 90.1% and 92.5% respectively,” Fairfax chairman and chief executive officer Prem Watsa said in the release. “In 2016, all of our insurance companies again had combined ratios less than 100%.”

Despite the positive combined ratios, Fairfax reported a fiscal year 2016 net loss of US$512.5 million compared to fiscal year 2015 net earnings of US$567.7 million, reflecting net losses on investments, particularly in the fourth quarter, more than offsetting strong operating income, the release said. Gross premiums written (GPW) for Q4 2016 were US$2.24 billion, essentially flat from the prior-year quarter. For the full year of 2016, GPW were US$9.5 billion, up from US$8.7 billion in 2015.

Net premiums written (NPW) were US$1.95 billion in the final quarter of 2016, compared to US$1.91 billion in Q4 2015. Full-year NPW were US$8.1 billion last year and US$7.5 billion in 2015, the release noted. NPW by the insurance and reinsurance operations increased by 10.7% to US$7.9 billion, primarily reflecting that global specialty insurer and reinsurer Brit was consolidated only in June 2015 (NPW increased by 3.8% excluding Brit, the statement added).

The holding company also completed or announced a number of acquisitions throughout the year, including:

Subsequent to year-end, the company also agreed on Feb. 8, 2017 to acquire a 100% interest in Tower Limited for approximately US$144 million. Closing of the transaction is subject to regulatory approvals and certain Tower shareholder approvals, and is expected to occur in the second quarter of 2017. Tower is a general insurer in New Zealand and the Pacific Islands.