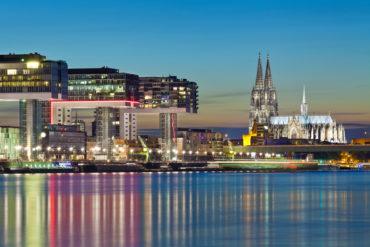 Newline, which writes international casualty and cargo coverage, is part of Fairfax-owned Odyssey Re Holdings Corp., based in Stamford, Conn.

The opening of a German office gives Newline a “platform within the E.U. for potential expansion into neighboring territories,” stated Carl Overy, chief executive officer of London-based Newline Group, in a release.

In 2015, Fairfax agreed to acquire QBE’s operations in Eastern Europe and the same year, a Fairfax subsidiary completed the acquisition of the general insurance business of MCIS Insurance Berhad of Malaysia.

The new Cologne office of Newline “will begin underwriting Financial Lines with immediate effect, followed by General Liability and Marine Cargo & Specie later in 2017,” Newline stated Dec. 13, 2016 in a release.

In 2015, Fairfax acquired a majority interest in Brit PLC, which is based in London and operates in the Lloyd’s market.

Fairfax was founded in 1985 by Prem Watsa, who is currently chairman and CEO. Watsa controls The Sixty Two Investment Company Ltd., which, as of 2015, owned 42% of votes attached to all classes of Fairfax Financial shares.

Non-insurance operations of Fairfax include William Ashley China, Kitchen Stuff, Sporting Life and The Keg restaurant chain, as well as a majority voting interest in Cara Operations Ltd. Cara operates of several restaurant chains, including Swiss Chalet, Harvey’s and Milestones, among others.