CAMBRIA, Wis. – Recovery crews searched a mountain of debris for two workers on Thursday following an explosion at a corn mill plant that killed at least one employee, injured about a dozen others and levelled parts of the sprawling facility in southern Wisconsin, authorities said.

Sixteen employees were working when the blast was reported around 11 p.m. Wednesday at the Didion Milling Plant in Cambria, a small community about 45 miles northeast of Madison, Columbia County Sheriff Dennis Richards said during a news conference Thursday.

There was no immediate word on what may have caused the blast at the plant, which was cited in January 2011 for exposing its workers to dust explosion hazards, according to records from the U.S. Occupational Safety and Health Administration. The records state that plant filters lacked an explosion protective system. 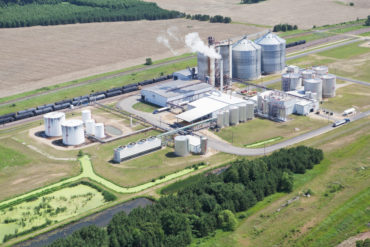 The agency ordered the mill to correct the problem by April 2011. The records show Didion paid a $3,465 fine and the case was closed in September 2013. OSHA hasn’t cited the plant for anything since, the records show. The plant processes corn for ethanol and other uses.

Emails sent to several company officials Thursday and a voicemail left for Vice-President of Sales Jeff Dillon weren’t immediately returned. A note posted on the company’s website said the company would be closed until further notice.

Five people wounded in the Wednesday night explosion and fire were air-lifted to the University of Wisconsin Hospital in Madison. Four were in the hospital’s burn centre, while the fifth was in the trauma and life support centre, hospital spokeswoman Emily Kumlien said Thursday. She declined to disclose any of the patients’ conditions.

Divine Savior Hospital in nearby Portage received six people hurt in the blast. Four have been treated and released, but one was transferred to the burn unit at the University of Wisconsin Hospital and another person was admitted to Divine Savior’s intensive care unit, hospital spokeswoman Haley Gilman said.

Numerous fire departments, law enforcement offices and rescue agencies from the area responded to the scene, according to Cambria Village President Glen Williams. He noted that the plant, in a community of about 770 people, is an economic anchor in the area.

“Quite a few of the employees live in the village and surrounding area. So it’s going to affect the whole area. Not just the shock of the event, but the economic hardship to the families,” Williams said.

Williams said the fire was contained by early Thursday and there were no evacuations in the area. Schools in the Cambria-Friesland district closed Thursday because of the incident.

OSHA spokesman Scott Allen said personnel from the federal agency were on the scene Thursday to begin an investigation. The agency has six months to complete its work.

The company employs more than 200 people. It has offices and a soybean plant in Jefferson County to the southwest, the mill and an ethanol plant in Cambria and an oil packaging plant in Green Lake County to the north, according to the company website.

Brothers John and Dow Didion began Didion Milling in 1972 and construction on the Cambria corn mill was completed in 1991, according to the website. The company’s corn products are used in brewing beer as well as in making chips, breakfast cereals, bathroom mouldings, steel and ethanol.