Newfoundland’s auto insurance regulator, the Public Utilities Board (PUB), has tabled a thorough, 186-page report on what ails the province’s auto insurance system – with no recommendations to fix it. 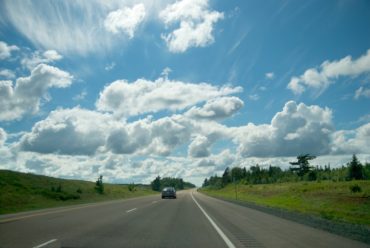 The chair of the PUB told the hearings held on the Auto Insurance Review in June that “the board is not a public policy instrument of government, and as such the board will not be making any decisions on any of the issues under review or making any recommendations to government on the issue of the cap or deductible…. It will then be up to government as to how they wish to use the information contained in our final report and whatever changes it contemplates for the automobile insurance product in this province.”

The next steps for auto reform have now entered the political realm, with a meeting set next week between Newfoundland and Labrador’s Minister of Service Sherry Gambin-Walsh, Insurance Bureau of Canada (IBC), the association for the country’s home, auto and business insurers, and representatives of the legal community.

Absent any recommendations, insurers and other stakeholder groups were left to interpret for themselves which parts of the PUB report may lend support to their positions on auto reform.

“From our perspective, we think there is a lot that supports the reform recommendations that IBC, on behalf of our member companies, put forward to government,” Amanda Dean, IBC’s vice president of the Atlantic region, told Canadian Underwriter in an interview after the PUB released its report.

“One of the things that is incredibly clear is that if there isn’t change to the auto insurance system in Newfoundland and Labrador, consumers are going to pay higher and higher prices. It is in government’s hands right now, and we are hoping that they make some big changes to the benefit of consumers.”

In its summary of the province’s Auto Insurance Review hearings, which have taken place over the past year, the PUB report reiterated that the province’s drivers currently pay 35% more on average for their car insurance than other drivers in the Maritimes.

And these premiums are not catching up with insurers’ claims costs, the PUB report notes.

“Even with the higher premium levels in this province relative to the other Atlantic provinces, the total private passenger premiums paid by consumers over the period 2012-2016 were not sufficient to cover industry costs for this business,” the PUB observes. “The estimated premium deficiency ranged from 6.8% in 2014 to 16.2% in 2016 and was forecast to be 17% in 2017, or approximately $190. These findings point to the possibility for further premium increases in the short-term.”

That means everyone in Newfoundland and Labrador in 2017 should have been paying 17% more than what they did for auto insurance. “Now we’re in 2019, and that issue is only exacerbated,” Dean said. “So, the issue is, if the industry is not covering costs of doing business in the province, consumers have to pay more for the product.”

The report notes the role that escalating bodily injury claims costs plays in the premium deficiency.

“From 2006 to 2017, the average bodily injury claims costs per private passenger vehicle in this province increased by approximately 30% and is now the highest in Atlantic Canada,” the PUB report states. “In 2017, the average bodily injury claims cost per vehicle in Newfoundland and Labrador was $414, compared to $277 in Nova Scotia, $224 in New Brunswick and $205 in Prince Edward Island.”

Part of the PUB review was to explore the possible effects of imposing a $5,000 cap on pain and suffering damages for minor or mild injuries. An Oliver Wyman report to the board estimated that 66% to 76% of the province’s private passenger auto insurance claimants could be subject to a cap under a minor injury definition similar to other Atlantic provinces. Such a cap would potentially lead to a reduction in loss costs of between 21% and 27%.

“The PUB’s summary of the cap and other options shows that the $5,000 minor injury cap that the industry is proposing holds the potential to provide the greatest amount of savings,” Dean said. “That was clear in the summary.

IBC took issue with a part of the report that summarizes opposition to the cap, on the basis that such a cap might be an unfair restriction on the right of someone who is not at fault to be fully compensated for their loss.

“We certainly disagree with that comment,” Dean said of IBC’s position. “The cap on minor injuries would be just to the pain and suffering amount awarded. It would have nothing to do with the amount of money that would be spent to get [injured claimants] better, or for their lost wages, and certainly would not apply if their injuries are proven to be greater than a minor injury.”

Insurers also expressed concern about the possibility of the government putting in place some form of diagnostic treatment protocols without any other supplementary reforms.