A bill proposing to give shareholders the option, under the Canada Business Corporations Act, to vote against corporate directors rather than merely withholding votes – and to abolish bearer shares – was tabled Wednesday in the Senate. 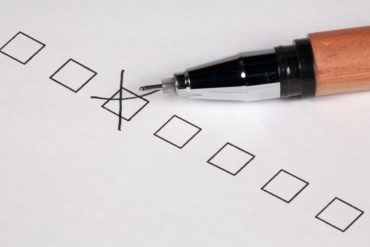 Bill C-25 “makes three important changes to the process by which directors are elected,” Mitch Davies, assistant deputy minister of the strategic policy sector of the federal industry department, said Feb. 7 before the house of Commons Standing Committee on Industry, Science and Technology.

Originally tabled in September, 2016 by Navdeep Bains, Canada’s Liberal Innovation Science and Economic Development Minister, Bill C-25 was subject to committee hearings earlier this year and passed third reading, with amendments, June 21. It was tabled for first reading in the Senate the same day.

Bains said this past October the bill aims “to promote greater shareholder democracy” and that “the goal is to ensure that the voting process allows shareholders to have their voices heard in a meaningful way.”

Davies explained one proposed change Feb. 7 to MPs before committee.

“If the number of spots open on a board of directors is equal to the number of candidates presented – that is, it is an uncontested election – voters will now have the option to vote against a candidate, rather than simply withholding a vote, and that candidate will only assume the directorship if a majority of votes cast are in their favour,” Davies said at the time. “This will prevent the nearly automatic election of directors on the basis of even a small number of ‘for’ votes.”

During second reading in the House of Commons, Bains said Oct. 26, 2016 that Bill C-25 proposes to prohibit CBCA corporations and federal non-financial co-operatives from issuing share certificates and share warrants in bearer form.

“Much like cash, a bearer share is owned by whoever holds the physical stock certificate,” Bains explained at the time. “The issuing firm neither registers the owner nor tracks any transfers of ownership, and when these instruments are issued in blank form, they can be used as a vehicle for money laundering or terrorist financing. That is because they are easily transferrable and untraceable.”

Davies said Feb. 7 that Bill C-25 proposes to mandate annual elections for corporate board members, “which is an update from the current requirement under the CBCA that allows directors to serve up to three years at a time, with staggered terms.”

It also proposes that directors be elected individually, “rather than as part of an all-or-nothing slate of directors.”

With Bill C-25, Conservative MP Diane Finley said earlier she is pleased that “shareholder democracy and participation will better align with securities rules and that corporations would be required under the CBCA to hold annual elections, elect directors individually, and use a majority voting standard.”

The proposed amendment “will bring an end to the debate over those circumstances in which an under-supported director may remain on the board,” added Finley, MP for the rural Ontario riding Haldimand-Norfolk, which includes the communities of Long Point, Nanticoke and Simcoe.

Among the witnesses speaking before the Commons industry committee were Paul Schneider, head of corporate governance at the Ontario Teachers’ Pension Plan Board.

“Typically, a public company shareholder like Ontario Teachers’ will have a very small ownership stake in a company, usually less than 1%, yet their investment could be in the tens or even hundreds of millions of dollars,” Schneider told the committee. “As a result, we are placed in a situation where we have a large amount of money at risk, yet have limited levers of influence.”

The Ontario Teachers’ Pension Plan Board has “advocated for the inclusion in Canadian and provincial laws of true majority voting – that is, the ability to vote for or against – in director elections,” Schneider said. “We find it difficult to reconcile the fact that as public company shareholders we are providing capital to companies, yet we cannot vote against a director should their actions cause us to lose confidence in their ability to effectively discharge their duties.”