OTTAWA – The federal government is speeding up the timelines for the removal of rupture-prone tank cars from Canadian railroads.

Ottawa has taken steps to phase out certain types of tank cars following the deadly train derailment and explosions in Lac-Megantic, Que., that killed 47 people in 2013. 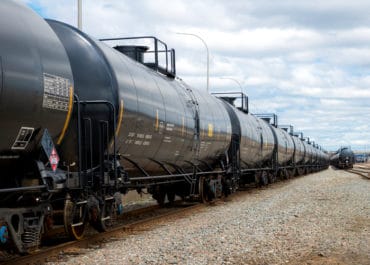 He says remaining DOT-111 tankers and CPC-1232 tank cars that transport highly volatile flammable liquids will be removed by Jan. 1 – more than six years sooner than an earlier target date.

Federation of Canadian Municipalities president Vicki-May Hamm welcomed the accelerated timelines and said in a statement that the cars’ removal will lower the safety risks for many communities.

DOT-111s carrying volatile crude oil exploded in the Lac-Megantic disaster and the tanker models were completely removed from crude service two years ago.