The Government of Canada announced on Friday an investment of $300,000 to support the development of an unmanned aircraft systems (UAS) range for training and field testing in the southeastern Alberta farming village of Foremost. 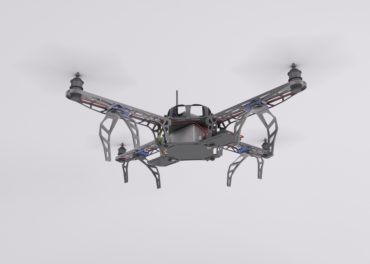 Navdeep Bains, the Minister of Innovation, Science, and Economic Development and Minister responsible for Western Economic Diversification Canada (WEDC), made the funding announcement, which will support range fit-up costs, said a statement from WEDC. The government of Alberta will also provide $100,000 will go towards business development and range management.

The Foremost UAS range will support industry and academic work in training and field testing technologies for civil and commercial applications. “This initiative will result in commercialization and increased trade for Canadian companies and attract global investment,” the statement said. “Post-secondary students, including aerospace engineers, will also receive training in UAS technology and will design the next generation UAS systems.”

Information from the Canadian Centre for Unmanned Vehicle Systems’ (CCUVS) website said that the centre, together with the village of Foremost, has established the Foremost Centre for Unmanned Systems, based out of the village’s aerodrome. The village was strategically chosen due to its geography, which “has unique attributes that make it an ideal location for the operation, development and training for UAS.” For example, visual flight rules (under which a pilot operates in weather conditions clear enough for flight) are ideal “90% year round,” there is a mixed short grass ecosystem void of trees and forested areas, and a sparse population.

“With 700 square nautical miles (2,400 square kilometres) of airspace designated for up to 18,000 feet above sea level, the Foremost Centre for Unmanned Vehicles opens up significant training, research and development possibilities for both Canadian and international companies,” the statement said. “CCUVS will have the ability to close the airspace when approved flight operations are taking place, thereby significantly reducing any safety risks.”

According to a report released in May by PricewaterhouseCoopers, the emerging global market for business services using drone is valued at more than US$127 billion.

Worldwide spending on unmanned aerial vehicles is expected to more than triple over the next decade to $14 billion by 2023.