Agriculture and Agri-Food Canada (AAFC) has announced an investment of more than $1.1 million to develop a hydrology model of Manitoba’s Assiniboine River Basin that will help predict the effects of flooding, excess moisture and extreme drought on agriculture lands. 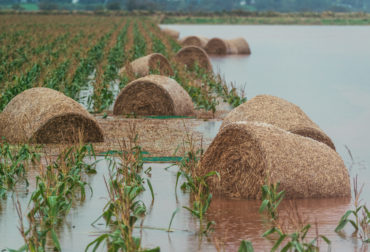 Agriculture and Agri-Food Minister Lawrence MacAulay made the announcement of the investment for the Manitoba Forage and Grassland Association (MFGA) on Monday.

A press release from the MFGA said that recent flood events in the Assiniboine River Basin have resulted in significant crop losses, property and infrastructure damage, leading to unprecedented agri-recovery claims “above and beyond crop insurance.”

The MFGA reported that the project, which runs until March 31, 2018, will construct a hydrology model of the basin to model the effects of flood and drought on soils and topography, as well as simulating various mitigation measures to lessen flood and drought event impacts on agricultural lands. The model will encompass the Assiniboine, Qu’Appelle and Souris sub-basins, as well as a more detailed drill down on the Birdtail watershed located in the upper reaches of the Assiniboine sub-basin.

“The project seeks to develop new risk management tools to reduce the impact of extreme flood or drought events for the agricultural industry within the basin by identifying preventative measures, implementing risk prevention and mitigation activities, all with the intention of lessening the need for government disaster programming in response to such events,” the release said.

The model will be multi-faceted, in that it will have the utility for assessing flood, drought and excess moisture risks to agricultural producers; flood risks to urban centers; as well as both flood and drought risk mitigation strategies within the basin. It will also serve as a tool to test the hydrologic sensitivity of the Assiniboine River Basin to projected future climate conditions and different synthetic flood inducing snow melt and precipitation scenarios, MFGA said in the release.

“It is anticipated that the model could become a standardized platform for a number of different stakeholders, including multiple levels of government, research institutes, and NGOs who want to perform targeted hydrologic analyses and research across a wide range of temporal and spatial scales within the [Assiniboine River Basin],” the release said. “Individuals such as primary agricultural producers and/or the business sector, such as the oil and gas sector, may utilize the model on a much smaller scale, right down to individual fields or properties.”

According to a statement from AAFC, based on the new model, a web-based tool will be developed that farmers can use to gather information on their farmland to help effectively manage moistures levels and mitigate risk associated with drought and flooding. Information collected will contribute to better risk management strategies for farmers and the agricultural sector and could potentially lead to the development of new and improved insurance products, the federal government suggested in the statement.

“Extreme weather events have created many challenges for Prairie farmers in recent years,” MacAulay said in the statement. “We’re committed to working together with the agriculture sector to equip farmers with the tools they need to proactively manage business risks such as these.”