OTTAWA – Federal Justice Minister Jody Wilson-Raybould is considering lowering the legal alcohol limit for licensed drivers, according to a letter she sent to her Quebec counterpart. 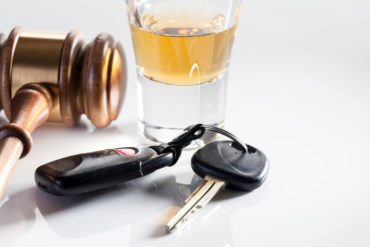 In the correspondence to Stephanie Vallee dated on May 23, Wilson-Raybould suggests lowering the limit to 50 milligrams of alcohol per 100 millilitres of blood from the current 80 milligrams.

The federal minister said the change would “make it easier to fight the danger posed by drivers who have consumed alcohol.”

She said the current rules were established after research indicated the risk of being involved in a car crash was twice as likely when a driver has 80 milligrams of alcohol per 100 millilitres of blood in his or her system.

Wilson-Raybould said the risk is twice as high at 50 milligrams and close to three times as high for 80 milligrams, “and the risk increases exponentially after that.”

The minister said in the letter she was eager to hear Vallee’s thoughts on the proposed legislative change.

Neither Wilson-Raybould nor Vallee was available for interviews Tuesday.

Francois Meunier, who works for an association that represents restaurateurs in Quebec, said the proposed changes would be a disaster for the province’s restaurant industry, particularly for business owners outside the big cities.

“The new rules mean a woman can have one drink and a man, in most cases, two,” Meunier said. “Forget about a bottle of wine for two, for a Valentine’s Day dinner – that’s over.”

Meunier said his members are less worried about losing alcohol sales than seeing a significant drop in total revenues, as people choose to stay home.

“It’s about food sales that go with the alcohol,” he said.

“When it comes to celebrations, parties, all that will be done at home as people change their behaviour. It’s easy to talk about taking a taxi or public transportation, but in the regions it’s not as easy.”