The federal government will invest $2 billion over 10 years in projects to help communities better withstand natural hazards such as floods, wildfires, seismic events and droughts. 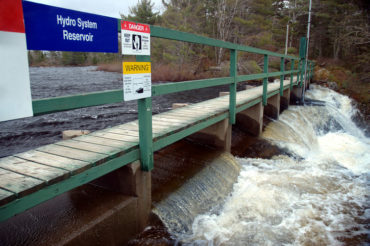 The Insurance Bureau of Canada (IBC) could not be reached for comment by press time, but in the past has expressed support for climate change commitments. “IBC welcomes the Government of Canada’s continued commitment to addressing out changing climate,” Craig Stewart, vice president of federal affairs with IBC said in February when the federal government released its 2018 budget. “Severe weather is already costing Canadian taxpayers hundreds of millions of dollars annually. By making smart investments in mitigation and adaptation, and by introducing stronger environmental frameworks, Canada is on track to limit future damage while still addressing immediate and current climate challenges.” IBC kicked off a new consumer flood education campaign in May that will take place this spring and summer in communities in British Columbia, Alberta and Ontario.

For DMAF, eligible applicants include, but are not limited to:

Federal entities, including federal Crown corporations, are not eligible for DMAF funding. In the case of emergency incidents, the Minister of Infrastructure and Communities, in consultation with the Minister of Public Safety and Emergency Preparedness, may accept projects for consideration “outside the formal intake process.”

Applications wishing to be considered for funding under the program will have until July 31 to submit an Expression of Interest to Infrastructure Canada. Projects funded through DMAF will be completed by 2027-28.

“Now more than ever, communities across Canada need to take measures to reduce the potential impacts of natural disasters related to climate change,” said Minister of Infrastructure and Communities, Amarjeet Sohi. “Here in Alberta and across the country, we are experiencing unprecedented extreme weather and feeling its great personal, social and economic effects.”