Brokerage owners who pay their young adult children dividends to help with post-secondary education should “reassess” that strategy in light of proposed tax changes, an accounting expert suggested Monday. 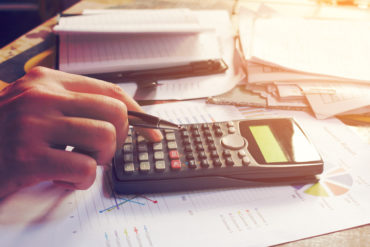 Among the proposed changes announced in July by Finance Minister Bill Morneau was an expansion of the tax on split income (TOSI) – originally brought in “to address sprinkling of certain income to minor children” – to apply to “a Canadian resident adult individual” who receives “income from the business of a related individual” when that income “is unreasonable under the circumstances.”

There would one “reasonableness test” for individuals between the ages of 18 to 24 and another for adults 25 and older, Morneau proposed July 18. Consultation on the proposed changes ended Oct. 2.

Some business owners support university-aged children through dividends. Depending on what the final federal tax legislation looks like, brokerage owners with adult children could be affected, Eddy Burello, partner and business advisor with MNP LLP, told Canadian Underwriter Monday.

“We are hearing that the (reasonableness) test will be that (owners’ adult children receiving dividends) will have to make some sort of contribution either in labour or in capital,” Burello said. “Obviously many of us know that that may be a tough task for a lot of the brokerage industry. The question is, what is an active contribution? Because (brokerage owners’ children) probably do not have the capital, that test would not likely be satisfied.”

The total amount of income tax that a person owes the government depends on individual circumstances, such as the total income reported and whether or not the person qualifies for exemptions.

Burello suggested an adult child of a brokerage owner attending college or university could get more than $40,000 a year in dividends from his or her parent and pay “probably little or no tax at all.” But starting Jan. 1, 2018, if the proposed tax change is implemented, that dividend will be taxed “at the highest marginal rate — either 40% tax or 45% depending on the nature of the dividend,” Burello added. “So now that child will be paying $16,000 in tax versus what they would have paid – zero.”

Some insurance brokers “have to plan differently now going forward,” Burello said. “They have to think of other compensation mechanisms to get the same amount of cash in their young adults’ hands.”

The ruling Liberals have “clearly heard the messaging from family businesses,” Burello said. “What is still concerning is they do not appear to appreciate that family businesses involves family in many aspects.”

The average young adult is probably spending a lot of their time in school and maybe working weekends, Burello added. Or maybe they are working part time at night.

“Does part-time justify a mandatory higher rate of tax?” Burell asks. “These are the questions that all owners are now going to have to go back and re-assess. What impact is that going to have on their businesses? Because if they were anticipating paying something out in 2018 to fund personal living expenses or other expenses, tuition for example, that will change going forward after 2018.”