Feds says all new cars, light-duty trucks will be zero-emission vehicles by 2035

OTTAWA – The Liberal government is speeding up its goal for when it wants to see all light-duty vehicles sold in Canada to be electric.

Transport Minister Omar Alghabra announced Tuesday that by 2035 all new cars and light-duty trucks sold in the country will be zero-emission vehicles.

Until now the government had set 2040 as the target for when it wants to see all passenger vehicles sold to be powered by this technology.

Alghabra cited a recent report from the International Energy Agency that says by 2035 nearly all new light-duty vehicle sales would have to be electric to achieve net-zero emissions by mid-century.

Canada has committed that its economy will either emit no greenhouse gas emissions or offset its emissions by 2050.

“Let me just say, our target is ambitious, undoubtedly, but it is a must,” Alghabra said of the new electric vehicle target. 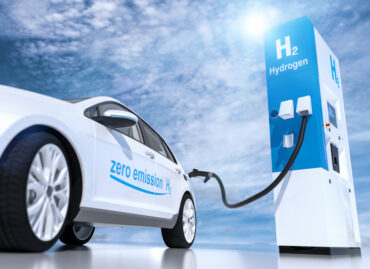 “We believe that it’s doable. It needs determination, it needs focus, it needs effort.”

Alghabra cited how the government has already poured at least $600 million into a rebate program that offers consumers a break when they buy new electric vehicles in hopes to get more of them on the road.

“We know that we need to do more,” Alghabra said Tuesday, explaining the program would be expanded, though he didn’t provide a specific dollar figure.

The existing program offers buyers an upfront discount of up to either $5,000 or $2,500 and sellers then have to claim the incentives to be reimbursed.

Federal officials last fall said the rebates have been popular, but warned it wasn’t going to be enough to reach the federal government’s first target of electric cars making up 10 per cent of sales by 2025.

Environment Minister Jonathan Wilkinson said with the tougher goal the country would work with the United States on fuel efficiency and consult with stakeholders on new regulatory measures.

Those include bringing in a possible mandate that would require the auto industry to make or sell more electric vehicles, which proponents of zero-emissions technology say helps to ensure there is more supply when consumers are in the market for a new vehicle.

“It is a mandatory target,” Wilkinson said of the 2035 goal.