Feds urged to consider backstop for ‘tail risks’ such as pandemic, quake and flood

Discussions around providing pandemic coverage in the future are highlighting the need to develop a Canadian federal government backstop for other serious “tail risk” events such as earthquakes, floods and wildfires, says the president of the Property and Casualty Insurance Compensation Corporation (PACICC).

“It is a sobering and troubling reality that Canada remains the largest developed economy in the world with a large exposure to earthquake…and without a government mechanism to backstop the insurance sector and allow us to properly protect our country’s citizens, when that inevitable event occurs,” PACICC president Alister Campbell wrote in the September 2020 edition of Solvency Matters. “I believe that the COVID-19 pandemic powerfully illustrates to government the compelling benefits of having an ‘in-case-of-emergency-break-glass’ plan ‒ prepared in advance ‒ for ‘tail-risk’ events.”

The global COVID-19 pandemic has tested the capacity and capabilities of governments worldwide to respond to extraordinary health care challenges, Campbell wrote. Moreover, governments have had to manage the worst effects of an economic recession that followed lockdown measures (ordered to prevent the spread of COVID-19).

In the United Kingdom and the United States, discussions are already underway about the potential for creating public/private pandemic pools, or other quota-sharing arrangements, to provide insurance coverage for future pandemics, as Campbell notes. Lloyd’s of London has reportedly been in talks with Ottawa about a pandemic insurance model. 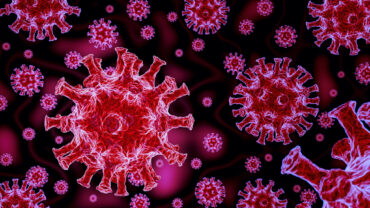 Such proposals are typically modelled on some form of pre-existing government backstops for other types of long-tail risks, as Campbell observes. In the UK, for example, “Pool Re” and “Flood Re” have been established to address tail events such as terror attacks, nuclear accidents, or severe flooding. In the U.S., the TRIA model emerged in response to 9/11, when highjacked planes destroyed the twin towers of the World Trade Center in New York.

But in Canada, “with the exception of the decades-old nuclear pool, we have neglected to build out risk-transfer models to address the obvious tail risks we face, and so the work we now need to do to is multi-faceted,” Campbell wrote. “Our industry needs to help government think through the options and select the best possible solutions to address pandemic risk. But at the same time, we must use this rare opportunity to see if we can also tackle some of the other longstanding, but as of yet unaddressed, tail-risk events that we also know are inevitabilities in our large and geographically diverse nation – quake, wildfire and flood.”

The types of emergency backstops required vary across the tail risks, Campbell writes.

For a pandemic, the risk is widespread: “It is impossible to diversify risk, either by time or by geography,” Campbell writes. “A global pandemic strikes everyone, everywhere and at the same time. So, if ‘pandemic pools’ are to be constructed, the insurance industry can offer distribution and claims management capabilities, but is not likely to be in a position to offer material amounts of risk capital – in the end, the loss must largely be borne by government.”

But earthquake risk is different, Campbell writes. The Canadian P&C industry would be able to cover up to $35 billion in damages for a 1-in-500-year earthquake event before facing systemic risk. But after that point, Campbell writes, “the industry would face collapse – thus the compelling argument for a federal backstop.” In this case, the industry requires a government backstop to address only the topmost catastrophe layer, in case damages go beyond the $35 billion.

As for flood, most of Canada is built on rock, reducing the risk of flood when compared to the geology of other countries. Campbell suggests that modest premiums can cover up to 80% of Canadians for flood risk in most areas. But in areas at higher risk of flood (floodplains, for example), consumers face problems of both affordability and availability.

“This type of insurance problem is best addressed via some form of subsidization mechanism (think Facility Association for the automobile insurance equivalent),” Campbell writes. “But this problem also needs a firm government hand to ensure that subsidization does not encourage riskier behaviour (e.g. more building in known flood zones). The ultimate solution also requires government action to enforce requirements around ‘strategic retreat’ and to invest public funds in mechanisms to support retro-fit and significantly enhance infrastructure in flood-prone zones.”