The Financial and Consumer Affairs Authority of Saskatchewan (FCAA) is warning the public about an ongoing financial scam that attempts to solicit financial information from unsuspecting victims. 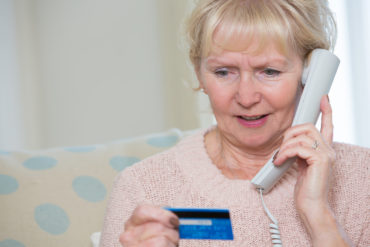 This scam is committed by persons who claim to be representatives of Financial Crimes Enforcement Network (FinCEN) an agency of United States Department of the Treasury.

FCAA said in a press release on Monday that it recently became aware that an individual claiming to be an employee of FinCEN has contacted members of the Saskatchewan public by telephone and email seeking their personal and financial information. The individual claimed that personal and financial information was needed to aid with FinCEN’s investigation of companies for fraud relating to the sale of securities to Saskatchewan residents, FCAA said in the release.

The email address used by the individual is stopfraud@fincen.info.

FinCEN’s mission is to “safeguard the financial system from illicit use, combat money laundering and promote national security through the collection, analysis, and dissemination of financial intelligence and strategic use of financial authorities,” according to the agency’s website.

FCAA said that a representative of FinCEN confirmed that the agency does not send unsolicited requests nor does it seek personal or financial information from members of the public. Further, the representative verified that it deals exclusively with financial institutions and does not investigate frauds directly.

FCAA is asking anybody who has been contacted by an individual claiming to be an employee or representative of FinCEN to contact the Securities Division of FCAA at (306) 787-5936.