The Supreme Court of Canada recently upheld a ruling from the British Columbia Workers’ Compensation Appeal Tribunal that breast cancer among hospital lab workers was an “occupational disease,” despite an expert report that did not find “any scientific evidence for the plausibility of a laboratory work-related etiological hypothesis” for the illness. 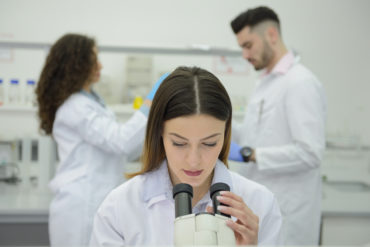 In a divided decision released June 24, Canada’s highest court overturned a ruling, released in December, 2014, by the British Columbia Court of Appeal in favour of the Fraser Health Authority.

“Katrina Hammer, Patricia Schmidt and Anne MacFarlane were among seven technicians at a single hospital laboratory who were diagnosed with breast cancer,” Mr. Justice Russell Brown wrote on behalf of six of the seven Supreme Court of Canada judges who heard the Workers’ Compensation Appeal Tribunal’s appeal in January, 2016.

They applied for workers compensation benefits in B.C., which like Canada’s other provinces, provides no-fault benefits and generally gives covered employees no rights of action against employers.

Not all Canadian workers are covered by provincial no-fault workers’ compensation coverage.

In assessing the applications from Hammer, Schmidt and MacFarlane, the B.C. workers compensation board took into account a report of the Occupational Health and Safety Agency for Healthcare in British Columbia (OHSAH), on the incidence of cancer in the lab where the workers were employed.

In that report – titled Cancer Cluster Investigation within the Mission Memorial Hospital Laboratory, Final Report – the authors stated their “review of the literature was unable to establish the basis for [an etiological hypothesis based on scientific evidence of causal mechanisms for breast cancer],” and they “did not find any scientific evidence for the plausibility of a laboratory work-related etiological hypothesis regarding breast cancer,” noted Justice Brown.

The authors of the OHSAH report “speculated that the increased incidence of breast cancer among laboratory employees may have been due to ‘(1) a cluster of reproductive and other known, non-occupational, risk factors, (2) past exposures to chemical carcinogens and less likely to ionizing radiation, and (3) a statistical anomaly,'” added Justice Brown, who was appointed to Canada’s highest court in September, 2015, replacing retiring judge Marshall Rothstein.

In a decision released in 2007, the B.C. Workers Compensation Board denied the claims, stating there was “insufficient evidence . . . to conclude that [each worker’s] years of employment as a medical lab technician has played a significant role in causing breast cancer”, and pointing to various non-occupational risk factors for breast cancer.”

But in 2010, the Workers’ Compensation Appeal Tribunal reversed the decision, with a majority of its members finding that the workers’ breast cancer was an occupational disease.

Interveners in the appeal to the Supreme Court of Canada included the Ontario Network of Injured Workers’ Groups and Industrial Accident Victims’ group of Ontario.

In a joint factum, those groups argued that “many medical conditions have multiple possible causes.” They said if the Supreme Court of Canada were to uphold the British Columbia Court of Appeal’s ruling, this “would require workers’ compensation tribunal to deny claims where this is no conclusive medical or scientific evidence.”

In 2013, Mr. Justice John Savage, then of the B.C. Supreme Court, set aside WCAT’s decision and remitted the mater back to WCAT. He ruled that WCAT “was not entitled to ignore the expert evidence in favour of its own expertise or common sense, and it was patently unreasonable [for it] to do so.”

That ruling was upheld, in a divided decision, by B.C.’s appeal court. WCAT applied, in February, 2015, for leave to appeal to the Supreme Court of Canada. The workers also appealed.

“A restrictive standard of proof requiring conclusive scientific evidence would make workers bear the full brunt of the unknown and uncertain occupational injury and disease,” the Ontario Network of Injured Workers’ Groups and Industrial Accident Victims’ group of Ontario said in their factum. “Documentary evidence of exposures if often lost, destroyed or was never created, while witnesses’ memories fade with time and they pass away. Even where detailed exposure evidence is available, epidemiological or toxicological evidence may be non-existent, sparse or not directly applicable to the case at hand. It takes years of expensive studies to produce quality results.”

Six of the seven Supreme Court of Canada judges who heard the appeal said they would restore WCAT’s original decisions to grant workers compensation benefits to Hammer, Schmidt and MacFarlane. The majority agreed with those workers that B.C.’s Workers Compensation Act “signifies that, where the evidence is evenly weighted on causation, that issue must be resolved in their favour,” Justice Brown wrote. “We agree that this represents an important distinction from civil tort claims, where causation must always be established on a balance of probabilities.”

Disease clusters “can occur naturally as a result of an uneven distribution of non-occupational risk factors amongst the general population,” Justice Côté wrote. “For breast cancer, these factors can include age, weight, family history, age of first menstruation, age at pregnancy and first birth, and certain lifestyle factors. It is clear that, on its own, correlation is no proof of causation. On that same logic, I am of the view that, without more, the mere presence of a cluster of diagnosed cases within a workplace is not sufficient evidence of any causal link between the disease and the nature of the employment.”

She added that “the available evidence regarding the workers’ exposure to chemical substances like formaldehyde, xylene, o-toluidine or ethylene oxide could not be related to an increase in the workers’ risk of developing breast cancer,” and that among these substances, “ethylene oxide is the only one that has a recognized association with the development of breast cancer in human beings and, according to the evidence, this association is weak.”

But the majority of the Supreme Court of Canada found that Justice Savage – and the majority of B.C. Appeal Court judges upholding his ruling – erred in law by “relying upon the inconclusive quality of the OHSAH reports’ findings as determinative of whether a causal link was established between the workers’ breast cancers and their employment.”

“The issue that the Tribunal decided was precisely the sort of issue that the legislature intended that it should decide,” Justice Brown wrote. “Section 254 of the Act provides that, on appeals from decisions of the Board, the Tribunal has exclusive jurisdiction to determine all questions of fact. While, in doing so, the Tribunal may choose to draw from the expert evidence put before it (as it drew here from expert evidence of historical exposures and of a statistically significant cluster of breast cancer cases among laboratory workers), the decision remains the Tribunal’s to make.”

More News
Related
Cyber security a ‘key aspect’ of risk management for medical professional liability insurers: A.M. Best
Builder’s risk policy must cover windows damaged by cleaning on building under construction: Supreme Court of Canada
Lawyer explains why some federally-regulated employees cannot be dismissed without cause
Need for building code upgrades ‘did not come about’ due to ice damage: Alberta court