OSOYOOS, B.C.- Wildfire crews in British Columbia hope to get the upper hand on a stubborn blaze that broke out last week in the southern Okanagan and has scorched just over four-square kilometres of timber and bush.

The BC Wildfire Service says the smouldering ground fire is showing a low level of activity and additional ground crews have arrived, reducing the need for helicopters to drop water.

The fire, located along Highway 3 between Cawston and Osoyoos, is still listed as active and the Regional District of Okanagan-Similkameen is maintaining an evacuation alert for 10 properties in the Cawston area. 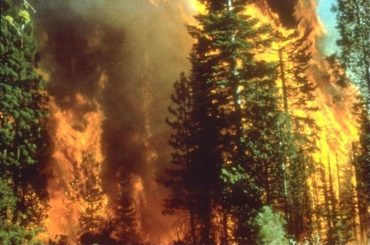 The wildfire service says the blaze was likely sparked by lightning and 100 firefighters, nine helicopters and an incident management team have been assigned to the fire.

Efforts are focused on construction of a guard along the north and east flanks of the blaze and a wildfire service update posted Monday says crews working in steep terrain are primarily coping with burning roots and ground cover.

An Environment Canada air quality advisory for the Similkameen region is posted, warning that smoky conditions have the potential to impact health, although the wildfire service says little smoke was being produced Monday.