For the first time in Canada, someone has been convicted of impaired driving charges causing death while paddling a canoe. 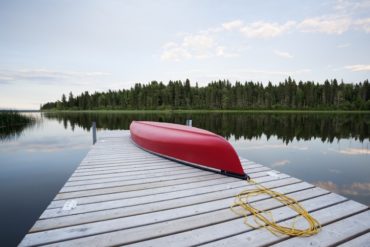 “This is a unique case in that it is the first time [that] charges have been prosecuted respecting the operation of a canoe where the individual operating the canoe has consumed alcohol and marihuana prior to the operation of that canoe,” Ontario Court of Justice Peter C. West wrote in his decision in R. v. Sillars.

Due to the unique circumstances of the case, several court decisions have already been previously rendered. One dismissed the defendant’s arguments that tests of his blood alcohol and THC (cannabis) consumption levels violated his Charter rights; another determined that a canoe is in fact a “vessel” under the Criminal Code.

It was unknown at press time whether the decision is under appeal.

The case concerned the drowning of an eight-year-old boy whose canoe tipped in the frigid, turbulent and fast-running waters of the Muskoka River in April, sending the boy plunging over a dangerous waterfall. Also paddling in the canoe was 37-year-old David Sillars, who was the boyfriend of the boy’s mother.

In April 2017, Sillars had been drinking and consuming marijuana at a family cottage when his girlfriend, Jessica Hooper, arrived by car with her two boys. Sillars and Hooper had agreed that Sillars would take Hooper’s son, Thomas Rancourt, out for a canoe ride. After Sillars had engaged with a friend in a play-wrestle in the cottage, a disgusted Hooper collected her two sons and was about to drive back home, but Sillars went out to convince her to stay. Hooper changed her mind when her son became upset that he would not be able to go canoeing.

Others at the cottage testified in court that they had warned Sillars that the fast-running spring waters were too dangerous and cold for a canoe ride. Nevertheless, Sillars, with Hooper’s permission, agreed to take the boy out on the Muskoka River. The boy wore a lifejacket, while Sillars refused offers of an adult-sized lifejacket, saying he had experience paddling in whitewater conditions.

Battling a fierce current, Sillars paddled toward a yellow barrier that blocked the canoe from a 50-foot, rocky-bottomed waterfall. Sillars was trying to reach a blue barrel that had been wedged near the barrier. Thomas stood up in the canoe to help, and the canoe tipped over.

Sillars was able to swim to shore. He told the court that he saw Thomas slip under the yellow barrier, but reasoned that the boy would be okay because he was wearing a lifejacket. The boy drowned after plunging over the falls.

Several at the cottage testified that they did not see any visible signs of impairment in Sillars such as slurred speech or unsteadiness, despite his blood alcohol and THC levels being over the legal limits. But the judge found there were other indicators of impairment.

“It is my view there was ample evidence in [this] case…linking Mr. Sillars’ consumption of alcohol and marihuana (THC) to the reasonable inference of his intellectual faculties relating to divided attention, choice reaction time, decision-making being significantly impaired as well as his ability to respond to emergency situations,” Justice West wrote in his decision.

A substantial amount of argument in the case turned on whether Sillar could be held responsible for “causing death” when the boy stood up in the canoe to retrieve the blue barrel, thereby causing the canoe to tip over. Sillar’s lawyers essentially argued that the boy’s action broke the “chain of causation,” meaning that Sillar’s impaired decision to canoe the river at an elevated risk was not what actually caused the boy to drown.

But the judge ruled the causal chain was not in fact broken, because the risk of the canoe tipping was “reasonably foreseeable” by Sillars long before the boy stood up.

“The only reasonable conclusion available on the totality of the evidence,” West ruled, “is that David Sillars’ decision – to take an eight-year-old little boy in a canoe on the Muskoka River, in early April, when there was still snow and ice on the land around the river, during the spring run-off, with highly elevated water levels, frigid, hypothermic-inducing water temperature and a substantially increased, fast-flowing, turbulent and powerful current, which was moving towards High Falls, where the only thing preventing the canoe from plunging over the waterfalls was a yellow warning barrier, which floated on the water and was clogged with debris, including tree limbs, logs, dock stairs, and other garbage, with his stated intention of retrieving a blue barrel, which was half-submerged in the water and wedged in by the debris against the barrier – was made by him as a direct result of his consumption of alcohol and marihuana, which impaired his intellectual faculties, in particular his decision-making, choice reaction time and judgment abilities.”