Brokers should expect personal automobile insurance to be “much more difficult” for their carriers, while a new definition of catastrophic impairment in Ontario was the most important change the province made effective June, 2016, the president of Intact Insurance suggested Wednesday to Toronto-area brokers. 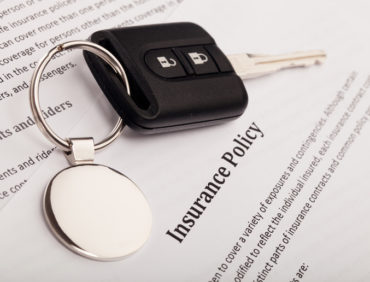 Canada-wide, the industry-wide loss ratio in auto was 81% and the combined ratio in property & casualty insurance was 103% for the first nine months of 2016, Intact president Jean-François Blais suggested at an event north of Toronto.

“This is disappointing for the industry,” Blais said at the Insurance Brokers of Toronto Region’s January luncheon.

“There are mostly two reasons why insurers are having difficulty,” Blais said. “The first one is personal automobile.”

The second reason is weather catastrophes, he suggested.

Insurers are having difficulty in private passenger auto both in and out of Ontario, he suggested.

“This is happening in all provinces and even in the U.S.,” Blais said during his presentation, titled 2017: priorities in a challenging environment.

The IBTR luncheon is a monthly event held at Le Parc banquet facility in Markham, Ont. IBTR has yet to announce the guest speaker for next month’s event, while Colin Simpson, chief executive officer of the Insurance Brokers Association of Ontario, is scheduled to speak at the IBTR March luncheon.

“As brokers you have to expect that automobile will be much more difficult for your insurers and that rates will start to go up, if they are not going up already, in all provinces,” Blais said Wednesday. “It’s more difficult, in my experience, to explain automobile rates than personal property. With personal property, everyone sees the floods, everybody understands climate change.”

However it is not as easy to explain an increase in the cost of bodily injury claims to consumers buying insurance, Blais suggested.

The increase in the auto loss ratio is “mostly because of inflation in claims,” Blais said. “It’s not frequency. It’s really severity especially in bodily injury claims.”

In Ontario, the provincial government made some changes to mandatory accident benefits coverage that took effect for accidents on or after June 1, 2016. For non-catastrophic injuries, the coverage limits are $65,000, for medical, rehabilitation and attendant care. Before that, policyholders had to buy one $50,000 limit for medical and rehab benefits and a separate $36,000 limit for attendant care.

Currently, in order to have a mental or behavioural impairment that qualifies as a catastrophic impairment, an accident victim must have a Class 4 (marked) impairment in three or more areas of functioning, or a Class 5 (extreme) impairment in at least one functional area.

“The June reforms, in my mind, so far, are working for the new catastrophic injuries,” Blais said Wednesday at the IBTR luncheon.

“The most important decision that was made for us in June was the new catastrophic definition and this is now better explained between the physical and the psychological injuries,” Blais added. “What we are seeing on older accidents is people are combining the physical injuries with the psychological injuries to go over the former threshold. And if you go over the former threshold, this is obviously where you get inflation in claims and maybe it’s deserved and if it’s deserved we need to pay but if there is stretching, this is when everybody will pay for it and that is I think a problem.”