Fitch Ratings has changed the fundamental sector outlook for the United States property and casualty insurance industry to negative from stable, reflecting recent declines in profitability and anticipated further earnings deterioration in 2017 due to more competitive market conditions. 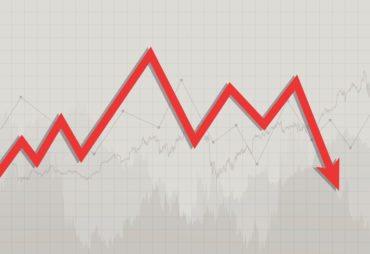 “The U.S. P/C industry is at a point in the market underwriting cycle where near-term conditions and profitability are likely to worsen further before any pricing improvement materializes,” said James B. Auden, managing director of Fitch Ratings, in a statement.

While market conditions are likely to worsen, Fitch maintained the stable rating outlook for both the commercial and personal lines sectors of the U.S. P&C insurance industry in 2017, as the majority of ratings in the sector are supported by strong capital strength, the statement said. In Fitch’s view, most insurers will be able to absorb near-term volatility and sector headwinds.

“Pricing continues to trend unfavorably in most major P/C segments and there is no catalyst in sight in 2017 that would promote a meaningful shift in pricing trends,” Auden added.

Near-term underwriting results will also be influenced by changes in reported loss reserve development, the ratings firm said, adding that the P&C industry has benefitted from a decade of favourable reserve development experience. However, industry reserve strength diminished marginally over time and most recent accident year business is unlikely to exhibit the strong redundancies of prior hard market periods.

Weaker underwriting performance, combined with a reduced contribution to earnings from investment results, is placing considerable pressure on P&C insurer profitability, the statement said. The industry statutory return on surplus is projected to decline to 6.6% in 2016 from 8.5% in 2015 and fall further in 2017. If larger underwriting losses and even lower sustained returns on surplus (below 4%) emerge beyond 2017, Fitch’s industry rating outlook could move to negative, and more individual ratings could be affected unfavourably.

“Auto underwriting continues to remain weak. Commercial auto is a chronic underperformer,” the statement said, but added that “competitive pressures and unfavourable claims trends are likely to hinder a return to underwriting profits in personal auto in 2017.”

Catastrophe losses for the industry increased to US$17 billion for the first nine months of 2016, up from US$15.2 billion for all of 2015, driven by severe wind and thunderstorm events in Texas and Florida. Fitch expects that losses from Hurricane Matthew will likely fall at the low end of estimates in the range of US$2 billion to US$8 billion.

“The P/C industry continues to undergo technological change particularly in the areas of distribution, policyholder interaction, risk selection tools, pricing and claims adjudication, and policy administration,” Auden concluded. “While Fitch does not expect technology investments to necessarily lead to long-term return on capital improvement, keeping pace with technology is essential for expense structures and to minimize adverse selection risk.”