Fitch Ratings has announced that it has revised Lloyd’s of London’s outlook to negative from stable as result of “deterioration in underwriting performance, coupled with increasing exposure to catastrophe risk in the context of continuing pressure on both risk-adjusted premium rates and expense ratios at Lloyd’s.” 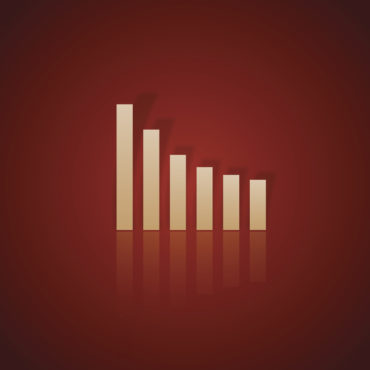 In addition to the deterioration in underwriting performance, the Fitch-calculated combined ratio of 98% was a significant deterioration from recent performance, driven by a return to more normalized levels of cat activity in the market as well as increasing expenses and falling risk-adjusted premium rates.

The statement noted that Lloyd’s exposure to worldwide natural and man-made catastrophes is higher than peers’, which is reflected in Lloyd’s combined ratio being more sensitive to cat events. “Fitch believes that exposure to catastrophic risk has increased in recent years despite declining margins on this line of business,” the ratings firm said in the statement. “However, Fitch believes that Lloyd’s exposure management, through the group’s modelling capabilities and the reinsurance in place, allows the market to mitigate tail risks to some extent.”

The “very strong” business profile of Lloyd’s supports its rating, the statement went on to say. It is one of a select band of global (re)insurance providers capable of attracting high-quality and specialized business. It operates as a global insurance and reinsurance market comprising more than 100 syndicates. It writes business from over 200 countries and territories, and in 2016 reported gross written premiums of 29.9 billion pounds.

Fitch expects capitalization to support the rating, assuming future losses fall within the limits expected by Lloyd’s. The ratings firm noted that the three-layered capital structure at Lloyd’s – syndicates’ premium trust funds, members’ funds at Lloyd’s and the central fund – remained strong in 2016, despite the impact of weaker sterling relative to the dollar and increasing catastrophe exposure. Debt is very limited in the capital structure with a financial leverage ratio of 3% at the end of 2016.

Fitch believes that Lloyd’s maintains a disciplined approach to underwriting, reinforced by the strong oversight of the Performance Management Directorate. Underwriting conditions across almost all major (re)insurance classes are deteriorating, and Fitch anticipates that Lloyd’s will continue to scale back exposures in the worst affected lines to reflect the weak pricing environment.

Fitch noted that a downgrade may occur if the net combined ratio remains above 97% for a prolonged period. An extended period of underperformance or a proportionally larger net catastrophe loss versus peers or market share could also lead to a downgrade. The outlook may be revised to stable if Fitch anticipates an improvement in Lloyd’s underwriting performance to a level commensurate with peers’ or if it reduces its capital exposure to catastrophe losses.