These moves include shifting resources between businesses, reinvesting a substantial share of capital in organic growth opportunities, and pursuing M&A deals that could include new product lines or geographic markets. 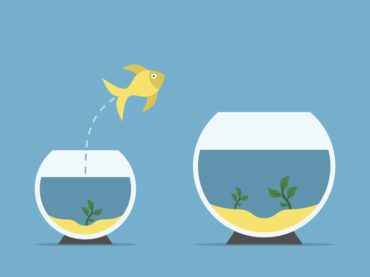 “While these moves may sound instinctive, many companies fail to pursue them rigorously,” McKinsey said in the paper, How to win in insurance: Climbing the power curve. “Purposeful, bold moves aimed at shifting resources, boosting underwriting margins and productivity, and delivering on a series of programmatic M&A deals can dramatically improve an insurer’s odds of reaching the top quintile of economic profit over a 10-year period.”

McKinsey’s recent analysis of 209 insurers across geographies from 2013 to 2017 identified a “power curve” – a small group of winning insurers that captured much of the profits while the rest essentially broke even or took losses. In particular, the top 20% of insurers created an annual average of US$764 million in economic profit, or 90% of the overall industry profit, during that period. The middle 60% produced an average of only US$26 million, and the bottom 20% lost an average of US$976 million per company per year.

The five “bold moves” outlined in the report are as follows:

2) Reinvest a substantial share of capital in organic growth opportunities

Reinvest earnings in profitable and well-performing businesses to increase economic profit. For example, one insurer created a wholly-owned technology subsidiary, which has separate management, governance and infrastructure. Through this entity, the insurer invests 1% of its revenue each year into new ideas. From 2012 to 2016, the company’s economic profit grew at a compound annual growth rate of more than 50%

Focus on executing a series of deals in technology and capability building, or in extensions to new product lines and geographic markets. One multi-line insurer based in Asia extended its product offerings to international markets without committing too much up-front capital. In the early 2000s, profits from the insurer’s international business accounted for 3% of total profits; by 2018, that share increased to 45%

Improve return on equity through better underwriting and lower cost ratios. One North American-based insurer extended its underwriting and portfolio services using machine learning, which improved its risk selection and pricing sophistication and reduced its loss ratio by up to 3%

“The odds of moving up the curve become exponentially larger as insurers reach certain thresholds and pull more levers, while a strategy that does not incorporate any of the moves is likely to fail,” explained Kurt Strovink, senior partner and leader of McKinsey’s global insurance practice. “And CEOs are in a unique position to calibrate these changes, as they are ideally positioned to judge whether the organization’s moves are bold enough. Many successful transformations across industries are increasingly CEO-led.”