Five things for insurance professionals to watch for

Five factors, outlined below, can make or break the state of the Canadian property and casualty (P&C) insurance, says Nazir Valani, partner and national leader with KPMG in Canada’s actuarial practice. He spoke Tuesday at KPMG’s Annual Insurance Conference in Toronto. 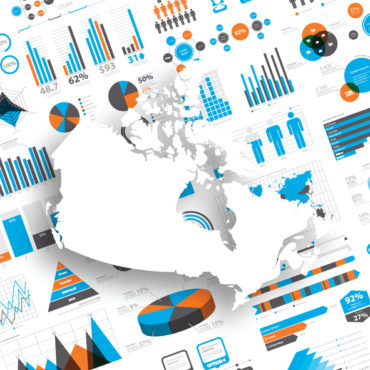 The Canadian economy is on a “hot streak” right now, with 3.1% real GDP predicted for 2017 and Alberta showing positive growth. “As the growth increases, the insurance need increases,” Valani said. “The big question is, what will happen to NAFTA? The prediction is business will be cautious because of NAFTA and insurance companies will also be cautious.”

Canada has an aging population, and the number of seniors is projected to double by 2036, leaving fewer workers and more retirees. Insurance will focus on the needs of the aging population, but it will also need to meet the needs of Millennials (those born roughly between 1980 and 1995). Something applicable to both generations would be “a behaviour-driven model, like Fitbit, to get discounts on insurance,” Valani suggested.

Immigration is also a factor, with the federal government anticipating 310,000 immigrants in 2018 and 340,000 in 2020. The influx of more people into Canada will lead to increased “insurance, savings and protection needs.” The aboriginal population, which makes up about 4% of the Canadian population, is also expected to increase to 8% over time. “We need them in the workforce,” Valani said.

“It is important to continue to focus on customer need,” Valani said. “That will always be a Number 1 requirement. Very interestingly, the broker, despite the very aging broker population, is still very important in the sale and service of insurance products.”

Interest rates have moved up marginally by 50 basis points, but are still pretty low. The increase “is good for insurance companies with long-term guarantees, because we need these high returns to be able to afford those long-term guarantees and make a semi-decent profit,” Valani said.

However, high interest rates could mean Canadian households with record borrowing may end up with mortgage defaults or unaffordable housing, resulting in a decline in the housing market. “We expect more interest rate hikes, but interest rates are still expected to stay relatively low. Insurance companies are looking to alternative investments due to the relatively low returns on interest rates.”

Over the last 50 years, North America has been getting hotter. “There’s a sustained increase in frequency and severity of weather events in Canada and globally.”

Although Canada did not see the natural catastrophes the U.S. did – Hurricanes Harvey, Maria and Irma and the California wildfires, to name a few – Canadians did endure their share of weather-related events, including wildfires in British Columbia and flooding on Toronto Island for most of the summer.