Flash storm hits same areas of Toronto as in 2013 Cat event. Was the damage the same?

Toronto is drying out from another sudden thunderstorm, but claims professionals may have dodged an even bigger workload thanks to the storm quickly moving out.

“We’ve seen worse,” Glenn McGillivray, managing director at the Institute for Catastrophic Loss Reduction (ICLR), told Canadian Underwriter, while noting the Wednesday storm happened on the seventh anniversary to the billion-dollar flood that hit the city in 2013. “That was a bit more widespread, but this was still pretty intense. It hit some of the same areas as 2013.”

The Wednesday storm hit a pocket of Toronto, mainly in the city’s west-end neighbourhoods of The Junction and High Park, as well as parts of Etobicoke and North York. “We kind of got lucky [Wednesday], in that the rain was about a half-hour long and then the storm moved out,” McGillivray said. “It still dumped a heck of a lot of rain.”

At around 2 p.m., Environment Canada issued a severe thunderstorm watch for Toronto, and issued a tornado watch shortly thereafter. About 45 minutes later, heavy rain and wind gusts enveloped parts of the city. The Toronto and Region Conservation Authority reported 65 mm of rain fell in about 35 minutes — the typical monthly average is about 80 mm.

Power was knocked out for about 45,000 Toronto Hydro customers. By about 10 p.m., power had been restored to all but around 1,800 customers, the company said.

Despite the small geographical footprint of the storm, the population in the affected areas is dense, observed Greg Smith, Crawford & Company (Canada)’s chief client officer for Canada. 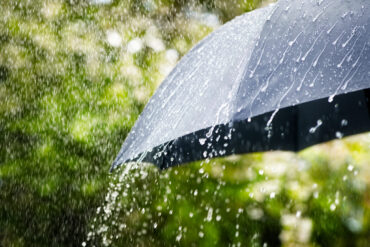 “The fortunate part is that we have lots of resources in the Greater Toronto Area, which makes it more straightforward to launch a response, whether that’s independent adjusters, company adjusters, contractors — all the people that we mobilize to support an event like this,” he told Canadian Underwriter on Thursday. “The fact that Toronto’s a larger centre and more people could be impacted is somewhat offset by just the number of insurance professionals that live and work in the immediate area of Toronto.”

While he didn’t have a number of how many claims had been made yet, Smith did say a number of calls had been made to this company’s 24-hour emergency line in the immediate aftermath of the storm. And, again, because of population density, a large number of people are affected.

“But it’s going to take the better part of the day today before we get a full briefing from customers in terms of the claims counts they are facing, and then what support they might need from us,” he said. “Right now, we’ve had our key clients have asked us to stand by and to be ready. We’ve handled a small number of emergency assignments but we’re all waiting to determine the scope and scale of the event.”

More claims are expected to be made after policyholders assess physical damage from the wind, which knocked over trees and branches.

“When you have trees falling on fences and outbuildings and other areas, but not damage to the interior to the home, those claims tend to come in over the next couple of days,” Smith explained. “Certainly an important response for people who’ve had their property damaged, but not as urgent as water inside the home.”

He also expects to see a fair share of auto claims. The storm hit an area where homeowners rely heavily on on-street parking as many don’t have garages.

For adjusters, Smith noted, the biggest job they have ahead of them is assessing what caused the damage (such as sewer back up or overland flooding) ensuring homeowners have the right coverage.