Flood report: The city that saw a month’s worth of rain in under three hours

A “pocket storm” that dumped a month’s worth of rain on the City of Toronto in less than three hours Tuesday night has resulted in mostly sewer back-up and flooding claims, with few commercial losses, according to claims adjuster ClaimsPro.

Environment Canada said in a weather summary issued early Wednesday morning that parts of the city saw “significant rainfall amounts,” with weather radar measurements showing 50 to 75 millimetres of rainfall in two to three hours across parts of Toronto. Global News meteorologist Ross Hull said the normal rainfall amount for the entire month of August is 78.1 mm. 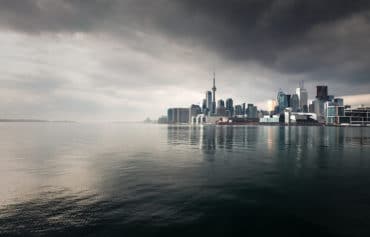 It is unclear if this flooding event will meet the threshold of a catastrophe event (at least $25 million in property damage). Even so, several severe weather events in Ontario so far this year have “definitely put strain on capacity and resources available to assist insureds in a timely fashion,” Kumar Sivakumaran, vice president of national operations for ClaimsPro, told Canadian Underwriter.

“It is unusual in terms of frequency of events as opposed to last year,” he said, adding that a series of events that hit Ontario this year have been “low-severity, with high volume in terms of number of claims.”

Insurance Bureau of Canada said in a press release Wednesday that insurers have paid out more than $800 million in severe weather-related claims in Ontario alone to date in 2018. The largest among them was a May 4 windstorm that cost insurers $380 million. Other, smaller storms in the province included (all figures as of June 1st, except the June event):

While the May 4 windstorm was the most significant storm this year, Sivakumaran calls the rest “pocket storms” that stretched industry capacity given they were back-to-back.

ClaimsPro does anticipate “re-damage” from the most recent rainstorm, given prior events. He said that some repairs were not completed in a timely manner due to lack of contractors available (particularly roofers), which will result in additional interior water damage.

The Toronto rainstorm event on Tuesday even resulted in a “flooding rescue” at Alliance Ave. and Rockcliffe Blvd. in the city’s north end. Toronto Police Service reported that two men were stuck in an elevator in the basement of a building, with water six feet high inside the elevator and “only one foot of air space left.” Non-life-threatening injuries were reported, and the men reportedly stood on handrails inside the elevator to keep their heads above water.