Flood risk across Manitoba remains “moderate to major” across the province, the provincial infrastructure minister said on Monday. 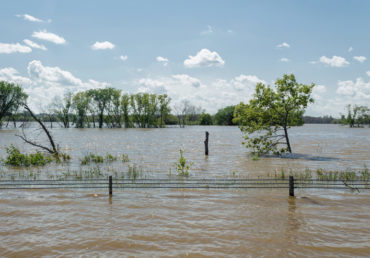 Manitoba Infrastructure Minister Blaine Pedersen issued the province’s first 2017 flood outlook on Monday, suggesting that levels of spring flooding will be dependent on future weather conditions as moderate to major flooding persists in many areas of the province.

“At this time, we encourage communities to continue with preparatory measures such as ensuring emergency protocols are in place,” Pedersen said in a statement.  “The province’s Hydrologic Forecast Centre will continue to closely monitor precipitation, spring melt and inflows from the northern United States in the Red River basin and the Souris River basin in the west.”

Forecast models currently suggest that: the Red, Souris, Pembina, Roseau and Lower Assiniboine Rivers and the Whiteshell Lakes areas are at major risk of flooding; the overland flooding risk is moderate in the Interlake region, along the upper Assiniboine River and the northern portion of the province, including the Saskatchewan River; and major lakes “remain a concern” and current river flows and other lake levels are normal to above normal for this time of year.

The province continues to assess data as it immediately begins work on the second and final flood outlook scheduled for release in late March, Pedersen reported.

The mid-February early melt, which occurred in the southern portion of the Red River Basin, has diminished most of the snowpack south of Grand Forks, N.D. This has slightly reduced the potential for flood flows on the Red River in Manitoba, but it has also left the soil saturated and prone to high run-off volumes from future precipitation, the statement noted.

Future precipitation, the timing and how fast snow melts and the timing of run-off in Manitoba, the United States, Saskatchewan and Ontario are still key factors. Conditions in the Souris River basin (which runs through North Dakota, Saskatchewan and Manitoba) will affect the lower Assiniboine River in western Manitoba.

The province’s practice is to plan and prepare for unfavourable weather conditions and the scenario of highest flood risk, the statement said, adding that this includes working with municipal emergency management teams to review existing emergency response plans and sharing information through conference calls and flood information seminars in Morris, Brandon and Selkirk.

The release of the 2017 flood outlook came two days after the province’s Hydrologic Forecast Centre warned people to stay off the Red River in the Winnipeg as high water from the U.S. made its way north, “raising river levels to between eight and 10 feet, possibly weakening and breaking the ice.” The level was expected to peak within four to six days, the province said on Feb. 25.