Although insurers have often looked at the purchasing actions of Millenials, they would do best to start examining the behaviours of the following generation – Generation Z – to digitally engage their customers, attendees to the Kanetix Insights 2.0 conference heard on Tuesday. 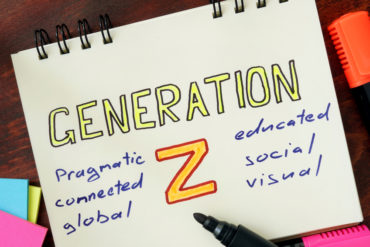 “If you are able to engage in behaviours of Generation Z, how they behave today, you will be able to engage online digitally anyone in the world,” said Kanetix Ltd. chief operating officer Andrew Lo during the Kanetix Insights 2.0 – The Gen Z Customer is Coming of Age conference. “These behaviours are being pragmatic, being connected, educated, social, do-it-yourselfers, visual and global, and that’s how you tackle this customer,” Lo said, adding that “Millenials are only the beta testers of what is to come.”

Gen Z – considered to be those born in approximately the mid-1990s and later – are also more concerned about their privacy than any other generation before them, suggested keynote speaker Amber Mac, a TV/radio host and technology journalist. “They care immensely about their privacy,” she said during the conference, held in downtown Toronto. “I believe they are a bit skeptical about what happens when all the information is public.”

Mac had a simple message for companies dealing with data: Don’t collect it if you can’t protect it. “If you are collecting information from that generation that you are reaching out to any way – whether they are filling out forms, you’re collecting information when they come to your website – if you can’t protect it, don’t collect it,” she said. “Gen Z is passionate and they are also intelligent about the privacy issues that exist today in 2016 and the privacy issues that are not going to get any better.”

In fact, Mac noted, this generation witnessed one of the largest security breaches on their toys: the VTech breach last year. According to background information from the electronic learning products company, Learning Lodge, Kid Connect, Planet VTech and V.Smile Link customers were affected. In total, more than 4.8 million parent accounts and almost 6.4 million related kid profiles – containing name, gender and birthdate – were impacted. As well, there are nearly 236,000 parent accounts and almost 228,000 kids’ profiles in Planet VTech and V.Smile Link.

“Privacy and security is important for this generation,” Mac reiterated. “All those connected devices, as much as I am excited about them, I am also simultaneously a little bit concerned about them because of the major privacy issues that do exist with all of the data that they are collecting.”

But despite the billions and billions of devices connected to the Internet and all the data that is being collected, a lot of this big data is not being analyzed, Mac told conference attendees. Consider an oil rig that has tens of thousands of sensors on it, but is only collecting 1% of the data that they are collecting in a strategic way, Mac said, referencing a McKinsey & Company study. “That means there are so many jobs in the future for data scientists to take this information, analyze it and be able to decipher it so it becomes actionable data – data that we do something with that will help improve the efficiencies of our company.”

Rethinking platforms is yet another consideration, she continued, using autonomous vehicles as one example. “What about if the autonomous vehicle is the next big entertainment platform,” she said. “So for people who are creating content, it enables people to engage with their favourite platform, whether it is video, audio or Skyping with friends.” To target Gen Z consumers, insurers have to come up with new ideas and be as visual as possible, as video is the way this generation consumes content, she added.

Mac used the example of another company that thought outside the box by creating spectacles that can record by pressing a button. “Again, they are turning a pair of sunglasses into the next big platform,” she said. In the personal lines space, “every single item in the home has the ability to have a sensor in it and to be part of the Internet of Things revolution.”

In the end, Gen Z customers are going to be more disruptive than ever before, predicted Lo. “Nothing is impossible,” he said. “Who would have ever thought that Uber, the largest taxi company, doesn’t even own a cab? Netflix doesn’t own any cinemas.”