For insurance purposes, if it’s not managed as a strata, it’s still a strata: Tribunal

The owner of a strata lot in a duplex that was not managed as a strata — for example, there was no strata board of directors, annual board meetings, etc. – must nevertheless pay for her half of the strata corporation’s insurance, the B.C. Civil Resolution Tribunal has found.

This time, Lamb said she and Hornseth could each obtain their own insurance policies to insure their respective halves of the duplex. In fact, Lamb had obtained homeowner’s insurance from August 2019 to August 2020 for her half of the duplex. 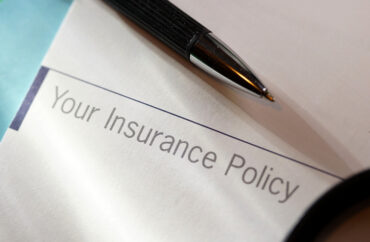 The CRT found that Lamb’s homeowner’s insurance policy did not replace the strata’s need to obtain its own insurance coverage.

In this particular situation, it was undisputed that the strata has not filed any bylaws in the Land Title Office. In that case, the CRT found, under section 120(1) of the SPA and Strata Property Regulation and its regulations, the strata’s bylaws essentially default to the standard bylaws.

Lamb said it was not fair that Hornseth could be the one making the insurance decisions on behalf of the strata without her input. But the CRT noted that under Section 150 of the SPA, the strata must also carry liability insurance. Since Lamb refused to pay her share, it was within Hornseth’s rights to make sure the strata corporation’s insurance policy was in place.

“Strata approval in a duplex means that both parties need to agree,” the CRT noted in its decision. “This is because both parties make up the strata council under standard bylaw 9(2), and each owner has one vote under section 29 of the SPA. So, going forward, it is up to Ms. Lamb and CH to jointly decide on the type and cost of strata property insurance, so long as the insurance coverage meets the SPA requirements set out above.

“I encourage Ms. Lamb and Ms. Hornseth to follow the SPA and standard bylaws in the future, which includes holding strata meetings, paying strata fees, and setting up an operating fund for the strata’s common expenses, such as insurance premiums.”