Ontario’s Financial Services Tribunal has ordered an insurance company and two insurance agents to pay a combined total of more than $26,000 in administrative monetary penalties, rejecting the agents’ position that forgetting to renew licenses is not “blameworthy” conduct. 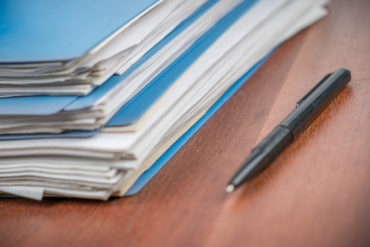 In a decision released Nov. 15, FST chair Ian McSweeney ordered an administrative monetary penalty (AMP) of $13,500 against The North Kent Mutual Fire Insurance Company, plus AMPs of $7,000 and $5,956 respectively against Brian Ennett and Gregg Tuckwell.

Ennett and Tuckwell are North Kent general insurance agents whose licenses expired in 2014 (on July 9 and July 22 respectively). Tuckwell and Ennett later renewed their licenses.

FSCO had been sending notices “to agents whose licences are near the date of expiry,” but those notices are a courtesy “and not a statutory requirement,” McSweeney wrote.

North Kent’s procedure was to ensure agents renewed licenses upon receiving reminders from FSCO, but North Kent did not receive reminder notices from FSCO in 2014 and did not discover the lapse of Tuckwell and Ennett’s licenses until 2015.

Once they realized their licenses had expired, both Ennett and Tuckwell “ceased to act” as agents “until their licences were renewed,” McSweeney wrote in the FST ruling.

As the employer, North Kent argued the regulator “cannot promote compliance where there is no ‘blameworthy’ conduct to deter.” Also, the company said it “ought to have been able to rely” on FSCO’s reminder notices.

McSweeney disagreed, noting that Subsection 441.2(1) of the Ontario Insurance Act “does not speak of deterring ‘blameworthy conduct,’ but rather simply refers to the promotion of compliance with the requirements” of the province’s Insurance Act and its regulations.

“Being licensed goes to the very core of an agent’s qualifications to conduct insurance business activities and agents who continue to conduct such activities must bear the risk of any lapse that occurs as a result of their failure to complete the licence renewal process on time,” wrote McSweeney. “I may have considered a due diligence submission in a more favourable light in the circumstances had the lapse been discovered within a more reasonable time period.”

He cited a Supreme Court of Canada ruling, released in 2013, against Sovereign General Insurance Company. In that case, insurance policies placed for dealers’ recreational vehicle inventory were placed by a broker not licensed in Quebec.

Sovereign General was convicted in 2008 by a Quebec court of 56 counts under Section 482 of the Quebec Act respecting the Distribution of Financial Products and Service. That conviction was overturned by the Superior Court, District of Montreal but restored on appeal.

“Those who engage in regulated activities agree in advance to adhere to strict standards, and they accept that they will be rigorously held to those standards, which are typical of such spheres of activity,” wrote Justice Richard Wagner of the Supreme Court of Canada in La Souveraine, Compagnie d’assurance générale v.Autorité des marchés financiers.