MONTREAL – Former premier Jean Charest is suing the Quebec government for violation of his privacy in connection with an investigation by the province’s anti-corruption unit.

The lawsuit filed Friday in Montreal seeks $1 million in punitive damages and $50,000 in moral damages.

Charest said in a statement that in recent years, confidential information about him and his family has been leaked to the media.

He blamed the leaks on the province’s anti-corruption police unit, which has been conducting an investigation since 2014 into provincial Liberal party financing while Charest was premier.

A spokesman for the anti-corruption unit said Friday the police force wouldn’t comment on Charest’s legal proceedings, but confirmed the probe was ongoing. 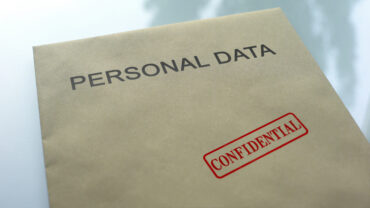 Charest said the leaks were illegal and obstructed justice. He said he was prepared to forego legal action in exchange for an apology from the government and that he was also ready to go to mediation to reach a settlement, but he said his proposals were refused.

“It is with reluctance that I am filing a lawsuit against the government of Quebec today for violation of my privacy,” Charest said in the statement.

The lawsuit states that in April 2017, Charest’s personal and confidential information was leaked to media company, Quebecor Inc., including his personal finances, passport information and details of his trips across the U.S. border.

Charest has never been charged and has always maintained his innocence. The lawsuit refers to the “frustration” and “embarrassment” he said he felt in seeing his personal information repeatedly shared in public.

“This infringement of the applicant’s right to respect for his private life was unlawful and intentional on the part of the members of the Commissioner’s staff who participated in this leak by their acts or their omissions,” the lawsuit reads, referring to the head of the anti-corruption unit.

In his statement to the media, Charest was particularly critical of the nickname police gave the investigation, dubbed “Machurer,” which he said implies smearing or sullying someone’s reputation.

Charest became Liberal leader in 1998 and served as premier from 2003 to 2012. He said he will not comment further as the matter is before the courts.