A former enforcement director with Tarion Warranty Corporation is calling for competition among insurers in new home warranty in Ontario.

David Roberts, who retired in 2017 from Tarion, recommended the provincial government move the new home warranty system to a third party. By third party he means private insurance companies, Roberts said Jan. 22 during a legislative committee hearing, in reply to a question from opposition NDP MPP Tom Rakocevic.

Roberts described how a new home warranty system could work. 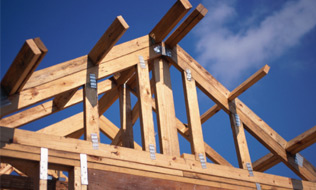 “I now, as a builder, [could] go to my insurance provider [and say], ‘I build quality products. You’re going to charge me so much. It gets passed onto the consumer, but I want to up it [from the current mandatory minimum required by law.]’”

Then those costs could be passed on to the home buyer, he suggested during the hearing on Bill 159, which is omnibus legislation intended to improve Tarion’s dispute resolution process.

In Ontario, builders must provide new home warranty coverage for various periods depending on the problem. For example, it’s one year for building code violations, two years for water penetration and seven years for major structural deficiencies, Ontario auditor general Bonnie Lysyk said in a report released this past October. By contrast, B.C. mandates five years coverage for building envelope and water penetration.

Roberts explained one scenario of how a competitive insurer-provided system could work.

“For $1,500 or $1,800, I will warrant not only [the mandatory minimum], which I have to, but you can have coverage that will extend those to 10 years, or extend this to three years, or extend that to whatever it may be,” said Roberts, who was a municipal building official in the early 1990s before he joined Tarion.

As it stands, the Ontario government plans to keep Tarion as the warranty administrator. This despite a provincial government-commissioned report from 2017, by former judge J. Douglas Cunningham, recommending warranties be backed by insurers rather than Tarion.

Tarion does not write the warranties. The builders must warrant their work. What Tarion does is provide a financial backstop. A similar backstop in B.C. and Alberta is provided by P&C insurers.

Roberts was one of several speakers who addressed the Standing Committee on Justice Policy last month.

“I liken it to buying a car,” Dr. Nancy Lee told the committee Jan. 20. “If you have to buy insurance from only one agency, how can the consumer get good service from one car insurance company? It’s impossible.”

Dr. Lee was asked by NDP MPP Sara Singh why she is in favour of a multi-provider insurance model for new home warranties.

“Otherwise, there’s no incentive for the companies to improve,” said Dr. Lee, who had several recommendations from her experience as a homeowner dealing with Tarion.