The US$18-billion merger of Willis Group Holdings plc and Towers Watson & Co. was completed in January, 2016.

The combined firm’s CEO, Tom Haley, had been president and CEO of Towers Watson since 1999. 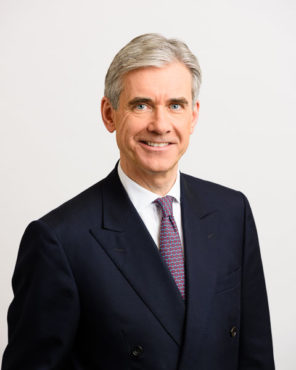 Casserley joined the Willis Group in January 2013 as CEO. Before that, he worked for 29 29 years at McKinsey & Company.

Also departing Willis Towers Watson is Tim Wright, who will be replaced as head of corporate risk and broking by Todd Jones, the firm announced Oct. 27. Jones had been co-head of North America.

“Since forming Willis Towers Watson ten months ago, we have made tremendous progress,” Haley stated in a release Oct. 27. “Our integration plans are on track and our focus continues to be on improving our ongoing business operations. These appointments and changes reflect what our clients and the market expect of us, as well as what it will take to drive our business forward and deliver strong performance longer term.”

McCann had been non-executive chairman of Willis Group before the merger. Since 1976, he has served as CEO of florist and gift shop firm 1-800-Flowers.Com Inc.